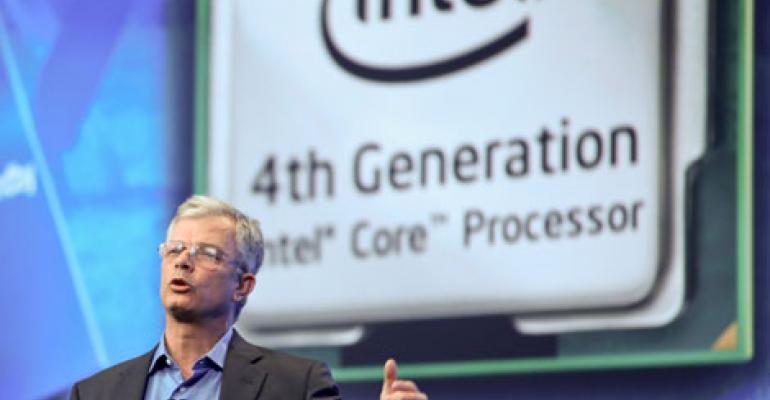 Chipmaker Intel this week laid out broad strategies to power everything from the largest data center to the smallest device. At the 2012 Intel Developer Forum (IDF) in San Francisco, the company updated its road map for the processor market. 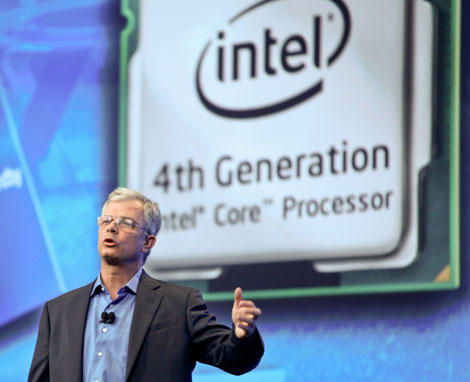 SAN FRANCISCO - Chipmaker Intel this week laid out broad strategies to power everything from the largest data center to the smallest device. At the 2012 Intel Developer Forum (IDF) in San Francisco, the company updated its road map  for the processor market, including  brawny cores, wimpy cores and processor developments or high performance computing (HPC).

As data centers continue to focus on energy efficiency and reducing the power used by equipment,  Intel (INTL) outlined a roadmap for low-power processors and the increasingly popular microserver market segment. Available now are 45 watt and 17 watt Xeon E3 processors.

Haswell has generated a lot of buzz at IDF 2012, as the 4th generation core, low-power mobile processor for the Ultrabook market. The Intel Atom S-Series 6 watt processor is on track for the fourth quarter of 2012 and is due to be replaced in 2013 with the Avoton 22nm chip.

Avoton is a SoC (System-on-Chip) based on 3D Tri-Gate 22nm transistor technology and is expected to have sub-9 watt power consumption. Intel's general manager of cloud infrastructure Jason Waxman discussed and demonstrated the Atom-based SoC for servers at GigaOm's 2012 Structure conference in June. Also this past June, HP announced that it had selected the Avoton (code named Centeron) chip for project Moonshot, where it looked  to leverage workload-optimized, extreme low-energy “server cartridges” in a unique enclosure that pools resources across thousands of servers. 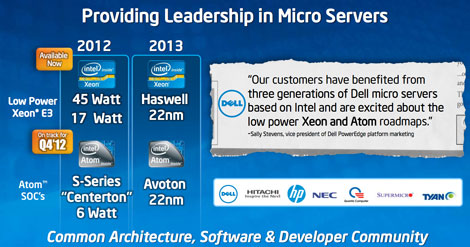 An overview of Intel's roadmap for low-power processors.

The server market has undoubtedly changed in recent years. Intel's Diane Bryant told Wired at IDF that Google is "something like number five" on the list of  the world's server makers. She went on to say that eight server makers account for 75 percent of Intel's server chip revenues.

The Texas Advanced Computing Center (TACC) will use a combination of Xeon E5 and Xeon Phi in its Stampede supercomputer, set to launch in January 2013. The NSF-funded project is in partnership with Dell and Intel, and will drive hundreds of scientific discovery projects across a number of domains.

The 2012 Intel Developer Forum conversation can be found on Twitter at #IDF2012.