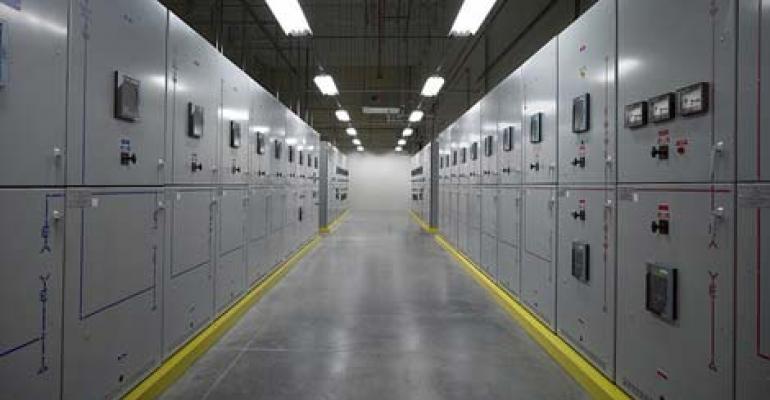 The power system is considered the most critical element of the data center. Effectively it is a chain of key electrical sub-systems and components that are the essential elements for delivering uninterrupted, conditioned power to the IT equipment. This article is an part of the DCK Executive Guide to Energy Efficiency and the fourth article in a 5-part executive series on Energy Efficiency. 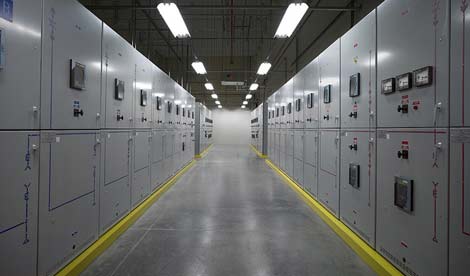 The power system is considered the most critical element of the data center. Effectively it is a chain of key electrical sub-systems and components that comprise the essential elements for delivering uninterrupted, conditioned power to the IT equipment. This article is an part of the DCK Executive Guide to Energy Efficiency and the fourth article in a 5-part executive series on Energy Efficiency.

The typical power chain consists of a Utility Transformer, Automatic Transfer Switch, Back- Up Generator, Distribution Switch Gear, Uninterruptable Power Supply (UPS) and the downstream Power Distribution System going to the IT equipment cabinets. This is a simplified list. Like a break in a link in a real chain, the failure of any component in the power chain could cause the loss of power to the IT equipment. In order to allow for continuous availability there must be redundant power system components, as well as power paths, to prevent downtime in the event of any equipment failure. Moreover, there are also bypass systems to allow for proper maintenance of equipment (known as concurrent maintainability). This redundancy effectively means that there are typically twice as many power components in a Tier 3 or 4 data center.

While each of the components in the power chain incur a relatively small loss, the overall efficiency in of the power system is primarily affected by the efficiency of the Uninterruptible Power System (UPS) as well the overall smaller downstream power distribution losses.

In the case of redundant power, its greatest impact is on the energy efficiency of the UPS systems. Virtually all type of UPS, and in particular the “double conversion” online UPS system (which is the most commonly used type of UPS used in a data center), will be less efficient when operated at very low load levels (i.e. under 30% of rated load capacity). Nonetheless, this is the normal and common operational range for most 2N or 2(N+1) power systems which are the heart of tier III and tier IV data centers.

The U.S. EPA now also has an Energy Star Program for UPS systems. This was just finalized and goes into effect in August 2012. New UPS units are more efficient overall (typically 92-95% at full load), but more importantly, are far more efficient at the lower load ranges. In comparison, a new UPS can still operate at 85-90% efficiency even when operating at only15-25% of their rated capacity.

In addition, a feature of the newest generation of UPS systems is the so-called “hybrid” or “eco” mode of operation. This permits the industry standard double-conversion UPS to operate in an internal bypass mode, which allows it to operate at 98 to 99 percent efficiency, even at very low loads. The UPS will still automatically revert nearly instantaneously (typically less than 4 milliseconds) to full double-conversion mode if there are any power anomalies, to ensure that the computing equipment will not be impacted.

Not everyone in the data center community is completely comfortable with this mode of operation. However, it should be noted that while this feature will be seen on most of the newest units, it does not have to be operated in that mode, the UPS can be configured to operate in the more conservative full double-conversion mode at all times.

New UPS units are also now being offered without transformers (which were required for older technology UPS systems), to improve efficiency. Besides the eliminating transformers from the UPS, the use of new higher efficiency transformers in the downstream distribution can also improve the overall power chain efficiency.

It should be noted that the greatest risk of an outage in a data center is primarily from power systems failure. Unlike broader environmental conditions, which may or may not impact long term reliability of IT equipment, any issue that can potentially disrupt power can cause an immediate outage in a data center. Toward that end, the entire power system must always be designed with a mandate for maximum availability and high levels of fault tolerance. While improved energy efficiency is a worthy goal, it should never be done at the expense of overall reliability.