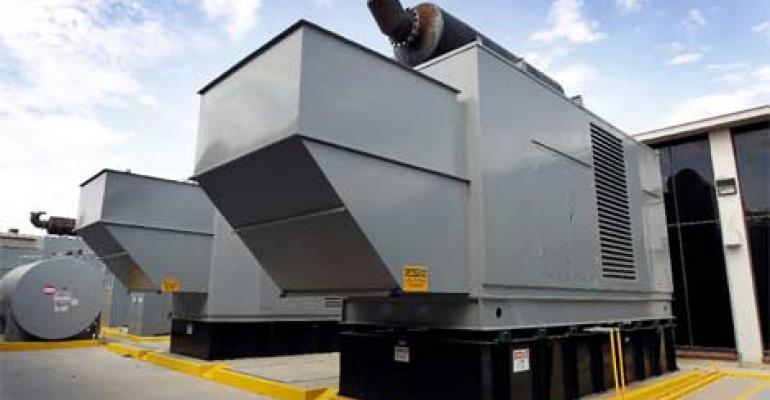 Several of the backup generators at one of the Texas data centers operated by CyrusOne. The company, a unit of Cincinnati Bell, plans a huge expansion in Phoenix. (Source: CyrusOne).
Companies>CyrusOne 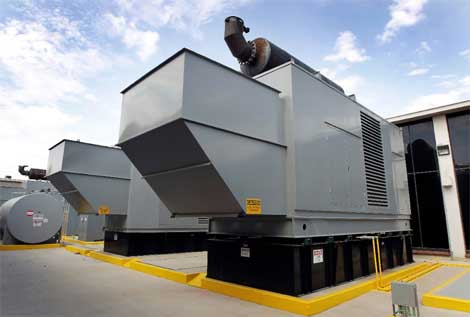 Several of the backup generators at one of the Texas data centers operated by CyrusOne. The company, a unit of Cincinnati Bell, is focusing on a "massively modular" design for its new data centers. (Source: CyrusOne).

In his time heading data center teams at Yahoo and Microsoft, Kevin Timmons has helped build some of the industry’s most innovative facilities, including facilities dubbed “chicken coops” and “tractor sheds.” Pre-fabricated enclosures have been a key ingredient in these designs.

This phrase reflects the ambitions of CyrusOne, which has super-sized its approach to colocation facilities with the development of a 700,000 square foot building in the Dallas market and a 1 million square foot campus near Phoenix. But it also seeks to position modularity as an approach to a phased deployment of space using highly-standardized elements, rather than the use of factory-built container-style enclosures.

What Does 'Modular' Mean?

That distinction has been a point of debate in seeking to define what “modular” means, with proponents of pre-fabricated units arguing that using the term to describe a multi-stage deployment of traditional data center space muddies the waters and confuses customers.

For CyrusOne, modular means incremental deployment of space that leverages the company’s supply chain to support a repeatable approach that slashes cost and time to market. Timmons says the key concept is flexibility.

“The ability to massively scale a large facility gives us a ton of flexibility,” said Timmons. “I feel like it’s modular without the constraints of small footprint. It’s not rocket science. It’s paying for the common elements up front.”

The first implementation of that vision is taking place in Carrollton, Texas, where CyrusOne has just completed the first phase of its project, bringing 5 megawatts of raised-floor space online in about 14 weeks.

Equipment Plugs In to Perimeter

The design will use almost the entire interior of the building for technical space, adding mechanical equipment to support power and cooling to the perimeter of the facility as needed. Timmons says this approach gives CyrusOne the freedom to deploy new space in large or small increments, and cool the space with either overhead ducting or under-floor airflow, depending upon the requirement.

Timmons says the Carrollton property can support either a raised-floor or a slab design. “With the cooling scheme we have, there are no CRACs on the floor,” he said. “We don’t have to invade the space.”

CyrusOne is currently building raised-floor space, as that’s the preference for most of the company’s enterprise customers. But it has the capability to implement a slab design if a customer prefers it, Timmons said.

Since CyrusOne offers both colocation services and custom suites, the company can support requirements ranging from a cabinet to 5 megawatts and more. Timmons says he expects to deploy CyrusOne’s colocation space in phases of between 2.5 megawatts to 5 megawatts.

These are busy times for CyrusOne, which has completed expansions in Austin and San Antonio, gotten rolling in Dallas, and broken ground in Phoenix. More new projects are likely. After opening its first international data center in London last year, CyrusOne is scouting opportunities in Brazil. ““The data center market there is really very interesting,” said Timmons.

Meanwhile, CyrusOne’s parent company, Cincinnati Bell, has announced plans to spin off the data center business through an initial public offering, most likely as a real estate investment trust. No date has been announced for the IPO.