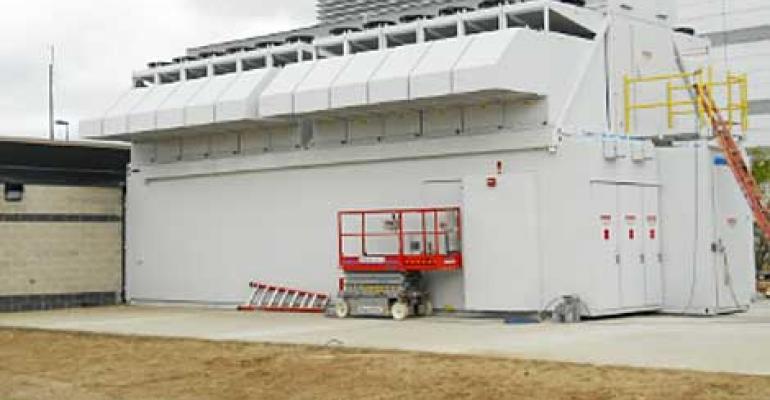 HP announced its new EcoPOD modular data center last June. But there haven't been any public sightings of the new product "in the wild" and installed as a working data center. Until today, when the University of Michigan will unveil its new EcoPod as part of its effort to expandhigh performance computing (HPC) projects. 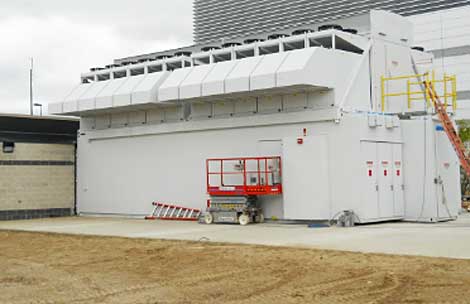 HP announced its new EcoPOD modular data center last June. But there haven't been any public sightings of the new product "in the wild" and installed as a working data center. Until now.

Today the University of Michigan will unveil its new EcoPod, part of a campus project to boost its high performance computing (HPC) projects. Michigan was the first customer announced by HP when it launched the EcoPOD, which features a “double-wide” design that joins two 40-foot containers. The university will benefit from the ability to use outside air in its cooling system, an important capability in the increasingly competitive market for modular data centers.

"Rather than running what amounts to a very expensive air conditioner all year long, the MDC (modular data center) allows us to essentially open the windows during the colder months, and limit air conditioning to the few months in the summer when we really need it," said Andy Palms, director of communications systems and data centers at U-M.

"Close to 80 percent of the time, we'll be running on good old Ann Arbor air," said Dick Boyd, director of operations for data centers at Michigan.

The use of the HP modular unit allowed Michigan to deploy its data center space faster and cheaper than other methods it considered. "We looked at all of our current data centers to see if expansion made sense," said Boyd, who described the expansion project during a March session at Data Center World. "We looked at bricks and mortar (new construction). We knew what it cost to build, and we knew how long it would take."

So the Michigan team explored modular offerings from leading vendors.  "We started looking at the modular approach, and knew it made sense," Boyd said. "The first generation of these still looked like shipping containers. We were all ready to go with one vendor, and HP came to us and said 'you should look at another product.' They had enhanced the shipping container module into a  slightly more polished solution."

The EcoPOD can house up to 44 racks of IT equipment in two rows, a configuration enabled by the wider design, which features two cold aisles and a shared eight-foot wide hot aisle in the center of the unit. A cooling module atop the EcoPOD offers several options, including the use of outside air or Direct Expansion (DX) cooling, based on conditions.

The module, which arrived on site in late April, can support up to 24 kW of IT load per cabinet, which allows it meet Michigan's goal of delivering cost-effective HPC capacity.

"Expanding our capability for computationally rich research is a priority for the University of Michigan," said Laura Patterson, chief information officer and associate vice president at U-M. "The MDC helps support the broad range of our research community's needs, while being mindful of cost and energy efficiencies. It's an important milestone for the university's leadership in research, technology and sustainability."

The use of fresh air cooling will slash energy costs for the university, as the EcoPOD will make far more efficient use of energy than the university's existing facilities, with a Power Usage Effectiveness (PUE) of about 1.25 , while other facilities at the school run at PUEs between 1.5 and 2.3. That will allow the modular facility to save up $50,000 per month in energy costs - or up to $600,000 over an entire year.

Even bigger savings were realized in the capital expenditures to build and launch the facility. Between the site prep and the cost of the EcoPOD, Michigan will spend about $6.1 million to deploy 1 megawatt of IT capacity, compared to costs of $9 million to $20 million per megawatt for its existing traditional data centers.

Those economics are tied to the nature of the workloads. Because research computing is typically not mission-critical, the EcoPOD filled with HPC gear can operate as a Tier I data center, with a single power feed from the university and a less "ride-through" time for UPS backup than seen in most enterprise data centers. The university's other data centers are designed for higher resiliency - including one data center that supports a medical center - and require higher levels of investment.

The modular approach may have different economics at different levels of redundancy. But for a university running a multi-faceted IT infrastructure with a variety of reliability requirements, the EcoPOD deployment offered an option to save both money and time while in boosting important computing work, Boyd said.

"It will provide low-cost research capacity," he said.