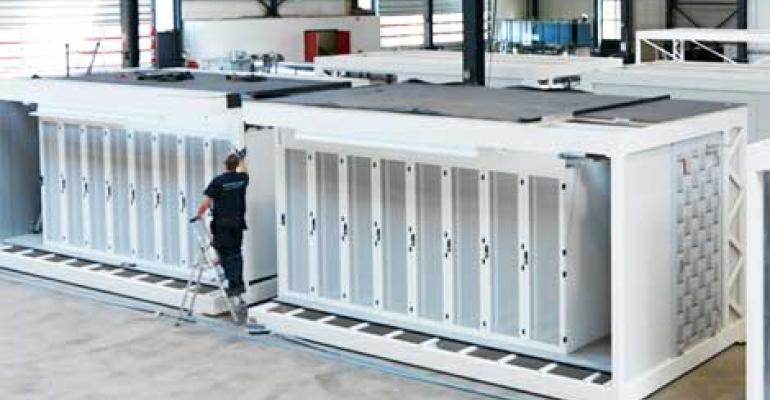 When the data center team at EvoSwitch prepared to expand their main data center, parent company Ocom decided to develop its own modular designs. The result is DataXenter, a new modular data center provider. 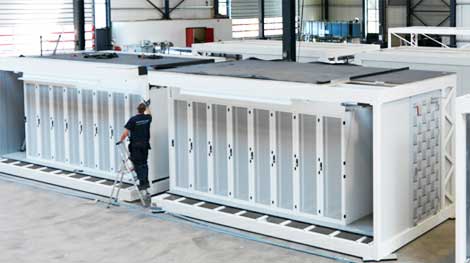 A look at data center modules being readied at DataXenter, a new provider backed by Ocom that is providing modular infrastructure for EvoSwitch in Amsterdam (Photo: DataXenter).

There are now more than 30 companies developing modular products for the data center. But when the data center team at EvoSwitch prepared to expand their main data center, they decided there was room for another. The result is DataXenter, a new modular data center provider operated by Ocom, the parent company if EvoSwitch and LeaseWeb.

DataXenter's initial modules were deployed in Hall Five at the EvoSwitch facility in Amsterdam. EvoSwitch Managing Director Eric Boonstra sees DataXenter as an extension of EvoSwitch's focus on efficiency and sustainability.

"We are all about being green and carbon neutral," said Boonstra. "I was looking for some kind of standard. I can start with modules that are made exactly according to my needs. I was inspired by companies like Hilton Hotels that have a standard for quality."

EvoSwitch has appointed 14 DataXenter modules in Hall Five, the latest expansion in Amsterdam, which has space for another 10 modules. Each DataXenter module is 12 meters in length, 6 meters wide and 3 meters high, and can house up to 32 racks of IT equipment. EvoSwitch stacks two modules at a time, with a power or cooling module sitting atop an IT module. This configration can support 160 kW of critical load in a typical configuration.

"Instead of building out a 5,000 square foot data hall,I can order one or two or three at a time, so it's a modular build and modular finance," said Boonstra.

Modular to Drive Expansion for EvoSwitch

This deployment approach will support EvoSwitch's growth as it expands beyond its home market of Amsterdam. The company is scouting expansion sites in Frankfurt as well as the United States, Boonstra said.

"Our strategy is to have multiple sites," said Boonstra. "If you want to be a top player, you need multiple sites at the international level.”

Boonstra says that EvoSwitch can compete with its primary competitors Equinix, Telecity and Interxion for requirements in Amsterdam, but is at a disadvantage when customers require a footprint across multiple markets. “I can't compete with them on the international level," he said.

"We want to be in the major Internet hubs," Boonstra continued. "What we wanted to do is build a big, good data center, and then begin to expand once we had that experience. We always are looking into options for greenfield builds or an existing building. Basically what you're looking for is a logistics hall. There should be space for 30 to 40 modules in the right area for fiber and power support."

Using modular data centers will allow EvoSwitch to deploy infrastructure in a uniform fashion. "Ideally, if you were inside an EvoSwitch data center in Amsterdam or Frankfurt or the US, you wouldn’t know where you are," he said. EvoSwitch is currently the primary customer for DataXenter, but Boonstra said that DataXenter may eventually make its technology available for sale to other users.

Room for Growth in Amsterdam

Boonstra said EvoSwitch has space for another 10 modules n Data Hall Five, and an extra hall available that can house up to 20 modules more. The Amsterdam site also has additional land on which EvoSwitch can build a new data center. “The good thing is that it's quite a big site," he said. "I can build up to 40,000 square meters of space. I have 25 megawatts of power now, and can go up to 60 megawatts over time."

EvoSwitch has benefited from its early focus on energy efficiency and sustainability, Boonstra said.

"From day one, we focused on green," said Boonstra. "We have 100% green electricity and are focusing on low PUE. We are using free cooling as much as possible. When we started people wished us luck, but didn't think this was tremendously important. Now local government is focused on data centers because they consume a lot of power, and have started to ask questions of data center operators."