/sites/all/themes/penton_subtheme_datacenterknowledge/images/logos/footer.png
Recent
Recent
Top 5 Data Center Stories of the Week: May 29, 2020
May 29, 2020
Artificial Neural Networks Proving Their Worth in the Enterprise
May 28, 2020
Will COVID-19 Change Opinions About Automation Adoption?
May 28, 2020
Nautilus Nets Funding to Take Its Floating Data Center Over the Finish Line
May 28, 2020
Why a Special Purpose CPU May Be in Your Storage Future
May 27, 2020
Featured
Google Says Some Computing Its Data Centers Do Can Wait for Sunshine
Apr 22, 2020
UK Data Center Operators Say Prolonged Lockdown Would Risk Outages
Apr 17, 2020
Stress Test: The Data Center Industry and the Pandemic
Mar 30, 2020
Rules Rewritten: Managing Data Centers Through the Pandemic
Apr 07, 2020
Design>Networks

On Monday Netflix announced it has been building Open Connect, a single-purpose content delivery network (CDN), with 5 percent of Netflix data already being served from it. Is this good news or bad news for CDNs currently serving Netflix traffic? 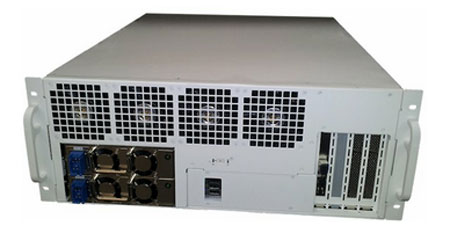 Netflix Open Connect hardware appliances, like the one pictured above, may soon be installed at an ISP near you to cache streaming video. (Photo: Netflix)

On Monday Netflix announced it has been building Open Connect, a single-purpose content delivery network (CDN), with 5 percent of Netflix data already being served from it.

Established to enable Internet providers, Open Connect will provide Netflix data at no cost to the locations the ISP desires, or they can choose to get the Netflix data at common internet exchanges. Settlement-free peering for Open Connect can be found at various Equinix, Telx and other locations across the U.S. and London. Having delivered petabytes of data exclusively through commercial CDN's, Netflix felt it made economic sense to have its own network.

Some industry watchers saw other motivations. "I seriously doubt they will be able to save much given the pricing power they had and the scale involved," writes Rob Powell at Telecom Ramblings. "Rather than look at this in terms of costs saved, I think it’s more about bringing control in-house. Even if it costs them the same to deliver more of their own bits in the end, the greater visibility into future costs is valuable. "

The announcement is seen as bad news for CDN providers Limelight Networks (LLNW), Akamai Technologies (AKAM) and Level 3 (LVLT). While there will definitely be a revenue hit, it's not all bad news, according to Dan Rayburn.

"While some might take this as negative news for the CDNs, it's actually the opposite," Rayburn writes at The Business of Video. "In particular for Limelight and Level 3, they have spent a lot of money to build out their networks to support Netflix, and most of the revenue they get in return simply offsets their costs. Netflix's video traffic isn't really profitable to the CDNs and it's one of the reasons you have seen Limelight announce they would cut back their CAPEX spend by nearly $15M this year, when compared to 2011. With Netflix doing their own delivery, the CDNs can now spend money to build out services where they can actually see good margins and don't have to compete so hard on price. "

As part of Open Connect, Netflix announced  it is sharing hardware designs and open source software components of an Open Connect Appliance. Here are the locations where Netflix is seeking peering arrangements: