Los Angeles-based web hosting company DreamHost is expanding its operations to the East Coast, where it become an anchor tenant in <strong>RagingWire Data Centers</strong>’ new data center campus in Ashburn, Virginia. The expansion is part of a broader effort by DreamHost to improve its reliability and boost network performance for global customers. 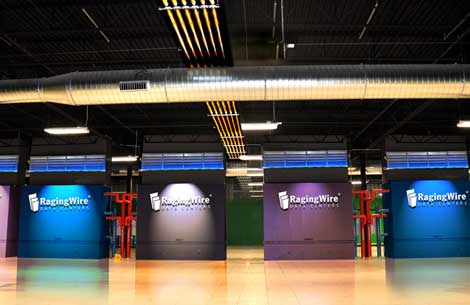 Los Angeles-based web hosting company DreamHost is expanding its operations to the East Coast, where it become the first tenant in RagingWire Data Centers’ new data center campus in Ashburn, Virginia. The expansion is part of a broader effort by DreamHost to improve its reliability and boost network performance, particularly for its East Coast and European customers.

"We recognized the need to expand beyond Southern California to support our existing customer base, but also to create some new regions and availability zones for our cloud," said DreamHost CEO Simon Anderson. "We honed in on Virginia because our customer base is focused on the east coast, and because we wanted to have a cloud offering that was equivalent to Amazon's zones in Virginia. We think it's very important that we start out with at least two zones."

DreamHost has new cloud storage and compute offerings in alpha testing, being readied for rollout later this year. The storage offering is based on Ceph, the open source distributed storage system, while the compute cloud will run on Open Stack.

The company manages more than 1.2 million website domains for its 330,000 customers, about a third of which are located outside the United States. The company has been growing at an annual rate of about 25 percent, Anderson said, which overtime has led DreamHost to expand its infrastructure across three data centers in the LA market operated by Alchemy Communications, including one at the Garland Building in downtown, one by LAX in El Segundo, and another in Irvine.

All told, these facilities house about 5,500 servers and about 1.5 megawatts of IT capacity. Anderson, who joined DreamHost last year, said the company was facing the need to extend both its capacity and geography. "In our capacity planning, we knew we would need another 500kW to 1 megawatt of power," he said. "So we're talking 500kW to start in Virginia, which we expect to fill within 12 months. We think it will scale beyond that. We're also going quite a bit more dense than we've been in Southern California."

DreamHost has been involved in a number of high-profile outages over the years, but those incidents never seemed to slow the growth of the company, which has focused on affordable web hosting accounts. Anderson said that is changing.

"We've really had a focus lately on reliability and improved infrastructure and uptime," he said. "Reliability was always important, but not at the top of the list, based on what our customers were telling us they wanted.

"DreamHost has been successful over the years because it's been cost-efficient with capital," Anderson continued. "We haven't taken any investor capital, and we've been able to fund the business entirely with cash flow. I think that has influenced decisions about infrastructure. We're now finding that most of our customers expect 3 nines and beyond. I really feel we can continue to serve the long-tail, value-conscious customer and still provide better reliability."

As part of that effort, DreamHost has shifted to Dell servers, implemented Arbor Networks gear to deflect DDoS attacks, and is working with Nicira to improve the capacity and flexibility of its network. That focus on reliability was also a factor in its choice of a data center provider.

“We chose RagingWire for our Virginia data center partner because they have cleverly innovated their power, cooling and physical infrastructure to deliver ultimate reliability for our web and cloud hosting network and servers," said Anderson. "What attracted us to RagingWire is that they are similar to DreamHost in being an engineering company that's interested in innovation. We see RagingWire as a growing company that's aaggressive in pursuing its vision. The key for us was to choose a partner that's bullet-proof."