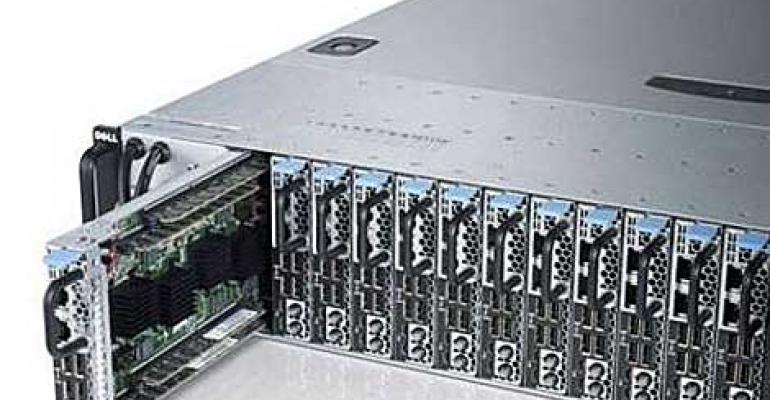 This week Dell unveiled an ARM-based server ecosystem to support the development and testing of ARM-based applications and solutions. Dell believes the ARM-based server market is approaching an inflection point. 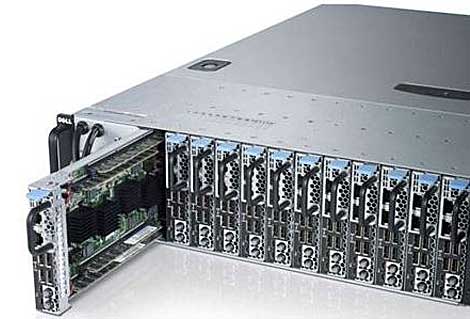 A prototype for Dell's Copper servers based on low-power chips from ARM, which are being ofered to select Dell partners and customers (Photo: Dell).

On Tuesday Dell unveiled ARM-based server ecosystem programs to support the development and testing of ARM-based applications and solutions.

Dell is the latest server marker to seek to leverage low-power processors initially used in smart phones. ARM chips were popularized in in many mobile devices like the iPhone and iPad. Last year HP announced an initiative called Project Moonshot to develop servers around ARM-based chips from Calxeda.

Dell believes the ARM-based server market is approaching an inflection point, marked by increasing customer interest in testing and developing applications, and it believes now is the right time to help foster development and testing of operating systems and applications for ARM servers.

The "Copper" ARM server is not yet available to the public, but Dell hopes to help enable ecosystem development, and bring ARM servers to general availability at the appropriate time. Dell also will deliver an ARM-supported version of Crowbar, Dell’s open-source management infrastructure software, to the industry in the future.

“Within data centers, the need to improve performance per watt while decreasing power consumption will continue to be strong area of concern for data center developers, and forcing them to find ways of incorporating density optimized servers into the data centers," said Matt Eastwood, Group Vice President, IDC Enterprise Platforms. "We saw Dell’s DCS division become an early innovator and subsequent market leader with customized server solutions stemming from deep engagement with hyperscale customers. Dell is smartly extending this strategy to help foster the ARM ecosystem while providing a robust, reasonably priced testing and development platform with its new Dell Copper ARM server.”

“We’ve worked with Marvell for well over a year on our ARM-based server, and chose their ARMADA XP CPU based on the advantages it delivers in performance and performance per Watt,” said Steve Cumings, Executive Director, Dell Data Center Solutions. “The right-sized performance, memory and networking capabilities have a lot to offer Web 2.0, big data and other applications, and we look forward to our continued partnership with Marvell, as we help the ARM server ecosystem mature and grow.”