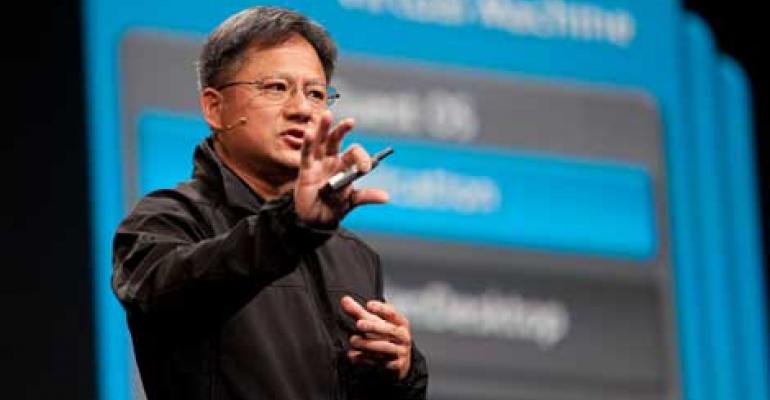 At the GPU Technology Conference, NVIDIA Corp. (NVDA) unveiled its cloud GPU technologies, based on the company's new Kepler GPU architecture, which was designed for use in large-scale data centers. 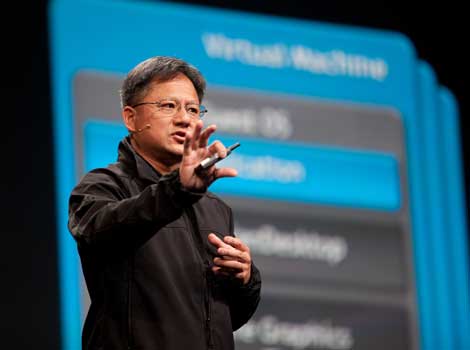 The GPU Technology Conference is being held this week in San Jose, California, and NVIDIA (NVDA) has had a number of breakthrough announcements surrounding its virtualized GPU.

Kicking off the conference Tuesday NVIDIA unveiled its cloud GPU technologies, based on the company's new Kepler GPU architecture, designed for use in large-scale data centers. Five years in the making, these virtualization capabilities allow GPUs to be simultaneously shared by multiple users. They also provide extreme energy efficiency and processing density, lowering data center costs.

"Kepler cloud GPU technologies shifts cloud computing into a new gear," said Jen-Hsun Huang, NVIDIA president and chief executive officer. "The GPU has become indispensable. It is central to the experience of gamers. It is vital to digital artists realizing their imagination. It is essential for touch devices to deliver silky smooth and beautiful graphics. And now, the cloud GPU will deliver amazing experiences to those who work remotely and gamers looking to play untethered from a PC or console."

The NVIDIA VGX platform enables IT departments to deliver a virtualized desktop with the graphics and GPU computing performance of a PC or workstation to employees using any connected device. The platform's manageability options and ultra-low latency remote display capabilities extend the ability to access a GPU-accelerated desktop to those using 3D design and simulation tools, which had previously been too intensive for a virtualized desktop.

VGX is based on three technologies: VGX Boards, VGX GPU Hypervisor, and NVIDIA User Scalable Machines (USMs). The VGX platform enables up to 100 users to be served from a single server powered by one VGX board, dramatically improving user density on a single server compared with traditional virtual desktop infrastructure (VDI) solutions. The GPU hypervisor is a software layer that integrates into commercial hypervisors, such as the Citrix XenServer, enabling virtualization of the GPU. The USM's allow enterprises to configure the graphics capabilities delivered to individual users in the network, based on their demands.

"The virtualization of the GPU will have a profound effect on the VDI market. It will increase the user experience for these remote desktops closer to par with traditional PCs than without a GPU in the server," said Brett Waldman, senior research analyst, Client Virtualization at IDC. "It could also lead to expanding potential use cases for virtualization to design, healthcare and engineering tasks that were very challenging in the past."

NVIDIA announced the NVIDIA GeForce GRID cloud gaming platform, which allows gaming-as-a-service providers to stream next-generation games to virtually any device, without the lag that hampers current offerings. Gaming-as-a-service providers can deliver the most advanced visuals with lower latency, while incurring lower operating costs, particularly related to energy usage. Gamers benefit from the ability to play the latest, most sophisticated games on any connected device, including TVs, smartphones and tablets running iOS and Android. Featuring two Kepler architecture-based GPUs, each with its own encoder, the processors have 3,072 CUDA technology cores and 4.7 teraflops of 3D shader performance.

NVIDIA and Gaikai demonstrated a virtual game console, consisting of an LG Cinema 3D Smart TV running a Gaikai application connected to a GeForce GRID GPU in a server 10 miles away. Instant, lag-free play was enabled on a highly complex PC game, with only an Ethernet cable and wireless USB game pad connected to the TV.