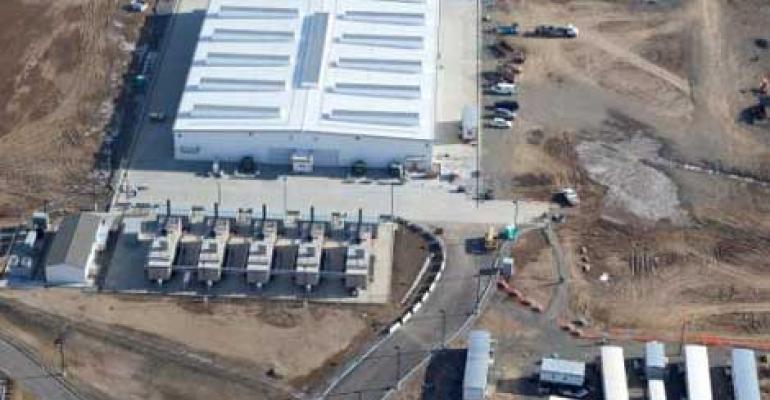 An aerial view of a Microsoft data center in Quincy, Washington, which uses a lightweight structure and modular data centers. Microsoft is expanding its data center in Cheyenne, Wyoming, the company said this week.
Design>Power and Cooling

Board: No Health Threat From Quincy Generators

The diesel generators at a Microsoft's data center present no health threat to residents of Quincy, Washington, an independent board found this week, affirming a ruling by state officials. 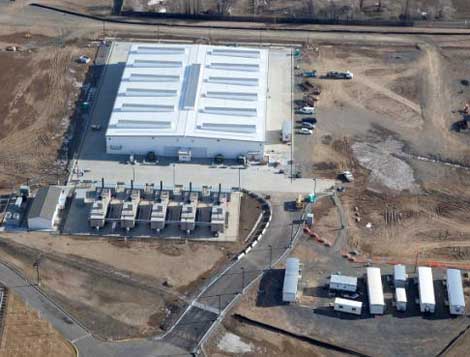 An aerial view of the new Microsoft data center in Quincy, Washington, which required the approval of additional generators. (Photo: Microsoft Corp.)

The diesel generators at a Microsoft's data center present no health threat to residents of Quincy, Washington, an independent board found this week, affirming a ruling by state officials. The Pollution Control Hearings Board rebuffed a challenge from a group of citizens, including former Quincy mayor Patty Martin, who claimed that the state Department of Ecology had used faulty methodology in approving the generators.

The board also agreed with Ecology's ruling that there was no need to require data center operators to use expensive emission-control technologies. But it recommended that Microsoft conduct annual emissions testing to ensure that its generators were continuing to operate within stipulated air quality ranges.

"The board find that the emissions estimates used to support the health-risk analysis and the analysis of compliance with emissions standards were validly derived," the board wrote.

Quincy, a town of 6,000 residents in central Washington state, is home to major data centers for Microsoft, Yahoo, Dell, Intuit and Sabey. Each of the data centers in Quincy uses banks of generators to provide backup power in the event of a utility outage. Diesel engine exhaust is a regulated pollutant, and can be toxic in high concentrations, so state regulators routinely review permits for generators. Over the last two years, the Department of Ecology has issued permits for an additional 95 generators at the Microsoft, Yahoo, Dell and Sabey projects.

The growing number of diesel generators in Quincy generated debate last year when Microsoft applied to add more generators for the second phase of its campus in Quincy.  The Ecology department conducted an evaluation of the health risks from diesel engine exhaust particulates, and found that the Microsoft expansion, viewed in isolation, was not likely to impact public health.

Estimates, Filters at Issue in Challenge

Martin, part of a group known as Microsoft Yes, Air Pollution No (MYAPN) challenged the state ruling, arguing that server farms being built in her small town pose a pollution risk. MYAPN argued that Microsoft's estimates of its emissions were flawed, and that the generators should be outfitted with particulate filters.

The pollution board held a two-day hearing in February, reviewing 41 exhibits and hearing from six expert witnesses from MYAPN, Microsoft and the Department of Ecology.

In this week's ruling, which will be incorporated into a final finding, the pollution board found that "the modeled level of DEEP emissions remain far below the risk levels for both non-cancer and cancer risks."

While denying the community group's appeal, the board recommended that Microsoft's operating permit be updated to limit the number of annual hours its generators can run during power outage emergencies to 48 hours.