Cologix is expanding its footprint in Toronto, a key hub in its network of colocation and nterconenction facilities. Cologix said Tuesday that it is building 20,000 square feet of space at 905 King Street West, Toronto’s newest interconnection center. 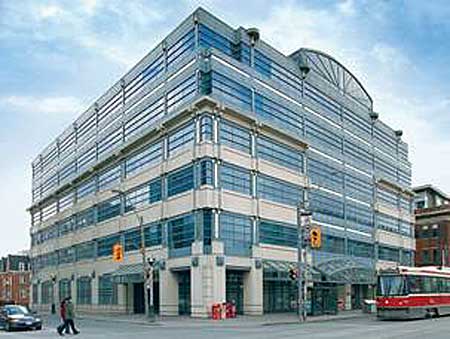 The exterior of 905 King in Toronto, where Cologix is building a new data center. (Photo: Cologix)

Cologix is expanding its footprint in Toronto, a key hub in its network of colocation and nterconenction facilities. Cologix said Tuesday that it is building 20,000 square feet of space at 905 King Street West, Toronto’s newest interconnection center, along with a simultaneous 3,000 square foot expansion to its existing facilities in 151 Front Street, the cty’s primary carrier hotel.

“We have heard resoundingly from our customers and the broader carrier community that the need for new network neutral space in the downtown core is acute,” says Cologix Chief Operating Officer Todd Coleman. “We are investing to meet that need.”

The new data center at 905 King is under construction , with the first phase is expected to be ready for service in the fourth quarter of 2012. Cologix has teamed with the owner of 151 Front Street, Allied Properties REIT, to open 905 King as a second downtown network neutral data center to support continued growth.

905 King was redeveloped by Allied Properties to serve as a “sister data center” to 151 Front Street, Canada’s largest and most important interconnection point. 905 King Street is located in downtown Toronto, and is connected to 151 Front Street by a newly built diverse metro fiber ring.

“We are delighted to welcome a sophisticated operator like Cologix into 905 King,” said Doug Riches, Director Mission Critical Facilities at Allied Properties REIT. “The new facility will create a natural extension of 151 Front Street for carriers to meet network demand and serve as a standalone facility that can be fully redundant from 151 Front Street.”

In addition to the Toronto presence, Cologix operates in the Harbour Centre in Vancouver, six data centers throughout Montreal including the only carrier hotel at 1250 Rene Levesque and in the Dallas Infomart. This expansion further marks Cologix as the largest interconnection and colocation provider in Canada.