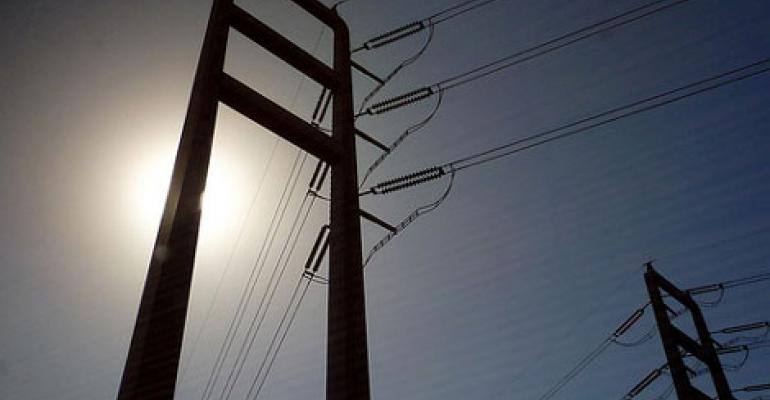 Rackspace (RAX) uses 20.9 megawatts of power more than 79,000 servers in its data centers, The company said that it will now track the performance of its IT operations by megawatts of power used, rather than the square footage of technical space.

Rackspace uses 20.9 megawatts of electricity to power more than 79,000 servers in its data centers, the company said today. The disclosure marks a shift by Rackspace, which will now track the financial performance of its IT operations using megawatts of power, rather than the square footage of technical space.

The move by Rackspace reflects the importance of electricity in building massive cloud computing platforms. The power-intensive nature of data centers has already altered the way leases are priced (see Data Center Leasing: It's All About the Megawatts), which is a focus for providers like Rackspace that lease, rather than build, their data center space.

"As a result of our strategy to continue leasing data centers, beginning in the first quarter of 2012, we will begin disclosing our Megawatts under contract, Megawatts available for use and Megawatts utilized as of period end," Rackspace said in its earnings announcement. "We will no longer provide technical square footage as we believe that power is a better metric for evaluating our capacity."

The disclosure is consistent wiih Rackspace's policy of publishing detailed data to provide investors with insight into the profitability of its operations - a practice not shared by Amazon, which publishes little information about its huge cloud infrastructure. Many of the largest data center operators don't disclose their power usage, a practice which has prompted criticism from the environmental group Greenpeace, which last year called on major cloud builders to disclose more information about the energy used to support their operations.

In 2011, Rackspace's power usage grew by 4.1 megawatts, reflecting the additional servers and data center capacity as it added more than 42,000 customers to its managed hosting and cloud computing operations.

The data from Rackspace illustrates how the heightened focus on efficiency by the data center industry's largest players is translating into bottom-line gains. At the end of 2011, Rackspace had revenue of $54.06 million for every megawatt of power used, up from $52.03 million a year earlier - an improvement of about 4 percent.

As more industries shift key business processes onto the Internet, the volume of power used by data centers has risen sharply. But it can be argued that this change is shifting large chunks of Americans' power usage from inefficient environments into energy-optimized facilities operated by companies with a powerful incentive to slash their power bills.