Rackspace Cloud Will Expand in Dallas 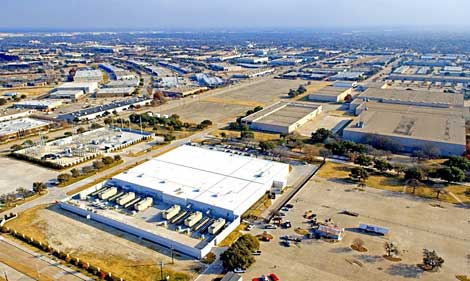 Rackspace (RAX) has emerged as one of the leading players in the fast-growing market for cloud computing services. The company added more than 12,000 servers last year to acommodate new cloud customers, leading to a major expansion of Rackspace's data center infrastructure.

The new facility will provide Rackspace (RAX) with an expansion option in the Dallas market, where it operates one of its largest data centers. The company's current facility in Grapevine, Texas is also one of its oldest data centers, and was the site of of power outage in 2009 that involved a series of equipment failures.

Rackspace will deploy 29,000 square feet of  raised-floor data center space in Richardson in  the third quarter of 2012, with an identical second phase to follow in 2015, according to an SEC filing. The expansion provides space to house servers for new cloud customers, but could also give Rackspace the option to gradually migrate customers from its Grapevine facility, which began operating in 2000.

The 69-acre Datacenter Park – Dallas is a $488 million project spanning seven buildings with a total of 797,000 square feet. An on-site 40 megawatt substation can be expanded to 125 megawatts, with fiber connectivity from multiple providers.

Strong Leasing for Digital in Dallas

Digital Realty (DLR) has fully leased the first redeveloped building on the campus, and is underway on the second phase of development. Integrated Design Group was recently hired to provide architectural and engineering services for the second building.

With the deal with Digital Realty, Rackspace has continued its practice of leasing "wholesale" data center space to expand its footprint, rather than building its own facilities. In the wholesale data center model, a tenant leases a dedicated, fully-built data center space. This approach is quicker and cheaper than building an entire data center facility. The tenant pays a significant premium over typical leases for office space, but is spared the capital investment to construct the data center.

Rackspace has leased significant amounts of wholesale space from DuPont Fabros Technology (DFT) in both Virginia and Chicago. In Septmber the  company said it will expand its Chicago-area data center, adding 22,500 square feet of raised-floor space to house its servers. The new space in Chicago, which adds about 3.9 megawatts of power capacity, will be deployed between July 2012 and early 2013.