Hines Global REIT has entered into a definitive agreement to purchase the Fisher Plaza data center hub in Seattle from owner Fisher Communications for $160 million, the companies said yesterday. 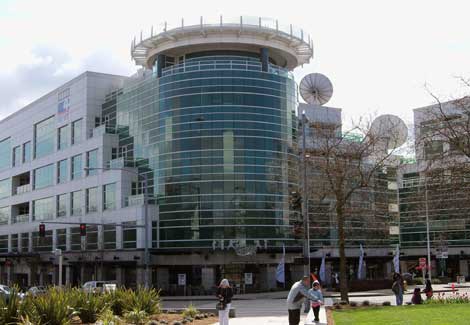 The exterior of the Fisher Plaza communications and data center complex in Seattle (Photo: Colleen Miller)

Hines Global REIT has entered into a definitive agreement to purchase the Fisher Plaza data center hub in Seattle from owner Fisher Communications for $160 million, the companies said Thursday.

The deal for the complex marks Hines' second purchase of a prominent "carrier hotel" property. In 2007 it bought One Wilshire, the leading telecom building in Los Angeles, for $287 million. The purchase price for Fisher Plaza was slightly higher than a recent appraisal that valued the property at $142 million.

"The acquisition of Fisher Plaza is consistent with the strategy of the Hines Global REIT to acquire well located, market leading assets in top performing cities," said Charles Hazen, President and CEO of Hines Global REIT. "We look forward to continuing our growth in attractive Pacific Northwest markets like Seattle."

"Over the past several years, we have strategically repositioned Fisher for the opportunities we see as a leading local media company,"  said Colleen B. Brown, President and Chief Executive Officer of Fisher Communications. "Fisher Plaza has been an asset that is not a central component of our business model and executing this transaction provides added flexibility in our effort to create additional value for our shareholders."

Fisher Communications will remain the largest tenant at Fisher Plaza, with a 12-year lease for its corporate headquarters and Seattle television, radio, and internet operations.

The transaction concludes a process that began in early 2008, when Fisher initiated a review of alternatives to maximize the value of Fisher Plaza. The process was suspended in November 2008 due to financial market conditions. Fisher resumed its efforts to sell the property in March 2011.