<img src="/sites/datacenterknowledge.com/files/wp-content/uploads/2010/09/merlin-generators.jpg" alt="" width="470" height="291" /> When it comes to reliability, diesel generators are far and away the most important pieces of equipment in a data center, and regulatory mandates on fuel may be creating new problems that could raise generator failure rates, according to Steve Fairfax, the Tuesday keynoter at the 7x24 Exchange Fall Conference. 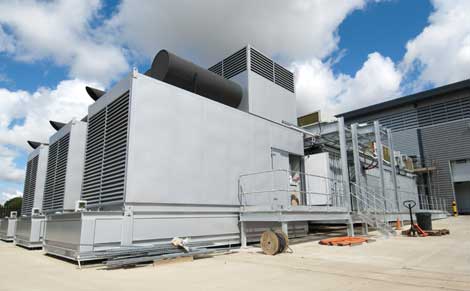 An analysis of data center failures shows that focusing reliability efforts on generators is the best way to improve uptime.

When it comes to reliability, diesel generators are far and away the most important pieces of equipment in a data center, and regulatory mandates on fuel may be creating new problems that could raise generator failure rates.

Those were the key points made by Steve Fairfax, President of MTechnology, in a provocative keynote presentation Tuesday at the 7x24 Exchange Fall Conference in Phoenix. Fairfax, whose firm does "science risk" consulting work for both vendors and end users, said in-depth analyses of failure rates in data center components and systems yields counter-intuitive results, especially when it comes to maintenance.

"Generators are the most critical systems in the data center," said Fairfax, whose studies of failure data found generators played a role in between 45 and 65 percent of outages in data centers with an N+1 configuration (with one spare backup generator).  "Reducing generator failures has more than 10 times the impact of reducing other component rates. This is where you should be focusing your attention - on generators. That's what will take you down."

Fuel Tanks and the "Diesel Solera"

Fairfax highlighted a phenomenon he calls the diesel "solera," a term for the process for aging wine by mixing small amounts of older vintages with newer wine. While the solera process can help improve wine, it can introduce reliability challenges when it occurs in a tank of diesel fuel - which happens when older fuel remains in the bottom of a tank when it is refilled.

"Every year we take some of the diesel fuel out and add fresh fuel," said Fairfax. "When was the last time you emptied that tank and cleaned it out?"

Another factor is the regulatory requirement to use Ultra Low-Sulphur Diesel Fuel (ULSD). While ULSD improves the emissions profile of generators, Fairfax said data center operators should pay close attention to fuel quality and tank conditions. Ultra-Low Sulphur Diesel is less stable than older distillate diesel fuels, he said, with a maximum storage time of 6 months. "Stabilizers can extend that, but then you have an interesting chemstry experiment going on in your diesel tank," said Fairfax, who says this could result in a higher incidence of leaks and accelerated wear on seals.

Biodiesel, which is mandated in several states (including Massachusetts, Washington and New Jersey), poses additional challenges. "Biodiesel has a completely different chemistry" than older diesel fuels, said Fairfax, who said biodiesel can dissolves sediments that could clog filters, and has even worse stability than ULSD.

Fairfax noted the NFPA guide to Emergency Power Supply Systems calls for generators to be able to start in 10 seconds for life safety applications. While not all data centers are required to adhere to this, many follow the NFPA guidelines by default. Farfax said Mtechnology's research found no basis for the 10-second guidance, which he said places high stress on the generators that can shorten lifespan and impact reliability. The 10-second target requires cold equipment to start with a wide-open throttle, creating the highest possible thermal and mechanical stress.

"You get a huge benefit by reducing stresses. One of the best things you could do to improve the reliability of generators is to increase the start time to 30 seconds."