Next Generation Preps for Cloud Containers

Next Generation Data (NGD) has prepared the top floor of its massive facility in Newport, Wales to house containerized data centers. The 140,000 square foot space includes just four pillars, which NGD executives say has made it ideal for a major modular deployment. 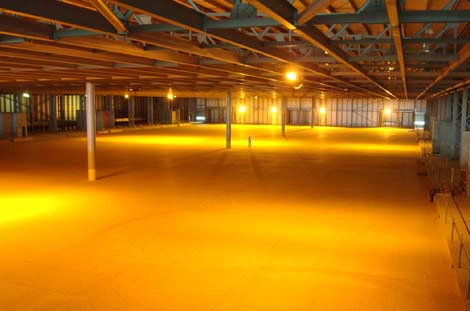 Can Wales become a destination for modular data centers? Next Generation Data (NGD) has prepared the top floor of its massive facility in Newport, Wales to house containerized data centers.

The 140,000 square foot space includes just four pillars, which NGD executives say has made it ideal for a major modular deployment, perhaps for a U.S. cloud computing provider seeking to add capacity in Europe. The new space spans one of the three floors at the 750,000 square foot NGD facility, with the other two floors housing traditional raised-floor data center space.

"We believe we have one of the premier locations in the world for containerized computing," said Simon Taylor, chairman of Next Generation Data. "Our new container floor offers the ultimate in accommodation for a very select number of large cloud providers searching for exceptional space, power and security all from under one roof. As with our popular custom built data halls, we are able to offer container tenants highly competitive rates which are substantially lower than London-area facilities."

The new container floor, which will be officially unveiled later this week, is part of a broader effort by Next Generation Data to attract American companies. NGD recently signed up its first American tenant, a Fortune 100 company, for a raised-floor pod.

"It's great for us, because it's helped us crack the American market," said Taylor. "We've had a few American companies take a look at (NGD Europe) as an environment for containerized computing."

The Newport facility was completed last year, and is one of the world’s largest data centers. The huge facility was previously used as an LG semiconductor plant, but has been converted into a three-story data center facility that will feature more than 375,000 square feet of wholesale data center space.

One of the unusual features of the facility is the ability to install data center modules and containers into the third floor. "There are large panels that can slide open, whichwill allow containers to be craned in fairly easily," said Taylor.

One of the attractions for large users is the power profile of the NGD site, which has an on-site substation and 180 megawatts of capacity – with half of that supply originating from renewable energy sources such as biomass and wind generation.

Taylor said NGD is pleased with its progress, and continues to make the case for the facility's location outside of Cardiff, Wales.

"We've got some fantastic early adopters," Taylor said. "But there's also a traditional view that London is the center of the universe, and for our business that's completely wrong. Where we've come in 18 months is quite phenomenal." 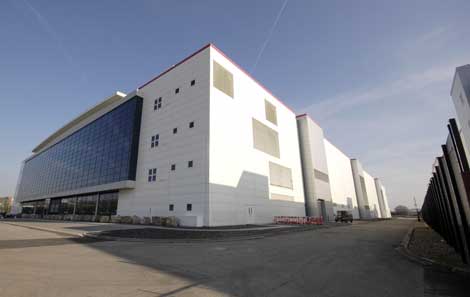 The exterior of the Next Generation Data Center, a three-story building that supports 375,000 square feet of wholesale data center space.