Google spent $680 million on its data center infrastructure in the third quarter of 2011, a decline from recent quarters. The company wrapped up two majro data center construction projects. 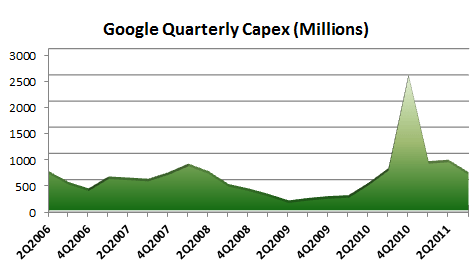 While Google's CapEx spending declined slightly in the third quarter, it will likely trend higher again in the near future. In recent weeks the company has announced four new data center projects, including three new facilities in three markets in Asia (Singapore, Taiwan and Hong Kong) and a new data center in Dublin.