Microsoft to Slash its Water Impact in Quincy 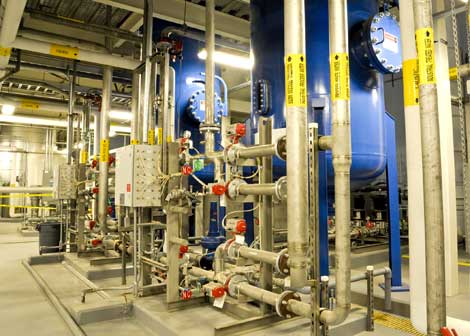 Some of the filtration tanks inside Microsoft's water treatment plant at its data center in Quincy, Washington. The company will lease the facility to the city for $10 a year as part of a partnership to develop a more sustainable water supply in Quincy.

As part of the partnership, a multi-million dollar water treatment plant built by Microsoft to support its data center will be leased to the city of Quincy for just $10 a year. The plant will be retrofitted and expanded to support the water reuse initiative, which will allow other nearby businesses and data centers to benefit..

Microsoft’s existing water treatment plant infrastructure was built to reuse the water from the local farming community’s food processing plant. The plant would filter that water and use it to cool the Microsoft data center. Afterwards, they would filter the water again before returning it to the aquifer.

"We invested tens of millions of dollars to build our own water treatment plant," said Christian Belady, General Manager of Data Center Advanced Development for Microsoft. "At the same time, we began a dialogue with the City of Quincy regarding a longer-term potential partnership that included the use of water discharged from the local large food processing plants.

"These companies use large amounts of potable water to wash and prepare many of the foods consumers purchase in local supermarkets," Belady wrote in a blog post announcing the initiative. "By filtering that water after it is used by the food processing plants, we enabled a 'reusable' water source to use for our cooling needs.  In addition, this eliminated our need for potable water, while also significantly recharging the supply returned to ground water with 80 percent of the treated water going back to the aquifer."

The enormous volume of water required to cool high-density cloud computing server farms is making water management a growing priority for data center operators. Cloud data centers can contain hundreds of thousands of servers. All the heat from those servers is often managed through cooling towers in which  hot waste water from the data center is cooled, with the heat being removed through evaporation.

Microsoft has built two data centers in Quincy. The water treatment plant supports Microsoft's initial 470,000 square foot facility, filtering minerals out of the potable water from the city water system. Microsoft's second data center deploys its servers in modular data centers known as IT-PACs, which are air-cooled and use a fraction of the water in the traditional raised-floor design.

Moving forward, the City of Quincy will lease the water treatment plant from Microsoft for $10 annually and will provide the company with reduced water rates. The plant will be operated, maintained and managed by the city with a right to purchase the plant after 30 years.  The lease from Microsoft was able to save the city significant construction costs for the new reuse system.

"Utilizing this symbiotic water relationship between these industry groups to meet all the user demands while conserving literally millions of water annually, can only be described as a 'win-win situation,'" said Quincy Mayor Jim Hemberry. "The reuse utility will substantially reduce discharge for industrial customers - food processors, cold storage facilities, shippers and data centers - and provide for increased water capacity to accommodate future planned business, industry and technology sector growth."

Belady said he believes the arrangement is the first transfer of a data center water treatment plant to a municipality.

"We will continue to look for ways to reduce and eventually eliminate the use of resources, including water, in our data center designs," said Belady. "Today, this project reflects our firm commitment to that vision. I hope it also sets the stage for a healthy discussion within our industry to continue to explore ways to share our investments and best practices within the industry and regions in which we do business." 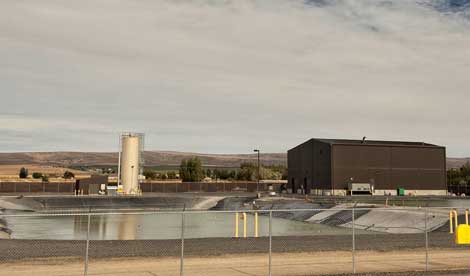