Carol Bartz is out as the CEO at Yahoo. Does that mean anything for the company's data center and hosting operations? In recent years Yahoo has been overhauling its infrastructure to run its IT infrastructure more efficiently, saving the company many millions of dollars in the process. 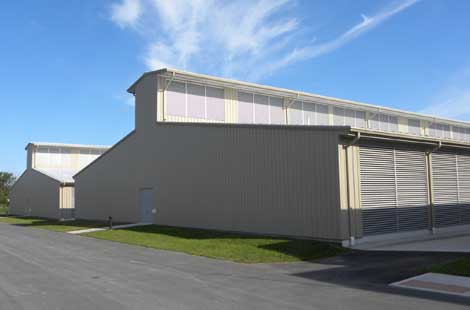 Carol Bartz is out as the CEO at Yahoo. Does that mean anything for the company's data center and hosting operations? I doubt that IT infrastructure is at the top of the "to do" list for interim CEO Timothy Morse and the Yahoo board. But there are several ways in which the changes in Yahoo's executive suite could have implications - at least in the short term - for Yahoo's hosting operations and data center network.

Any executive transition creates uncertainty for ongoing initiatives and spending. In announcing yesterday's reorganization, the Yahoo board signaled that it may be considering asset sales. "We are committed to exploring and evaluating possibilities and opportunities that will put Yahoo! on a trajectory for growth and innovation and deliver value to shareholders," the board said.

Yahoo has reportedly hired investment bankers to advise the company on its options. Some analysts expect Yahoo may sell its profitable Asian operations, while others believe the entire company is now in play and may be sold. The Wall Street Journal cited a source as saying that Yahoo is "open to selling itself to the right bidder."

The Enduring Value of Infrastructure

Even during a time of strategic change, you have to keep the servers online. Yahoo's data center strategy has been one of the company's major success stories. It has been overhauling its infrastructure to run its IT infrastructure more efficiently, saving many millions of dollars in the process. Scott Noteboom and his Yahoo data center team have built some of the world's most efficient facilities using a unique "chicken coop" design that runs almost entirely on free cooling.

At the company's annual meeting in June, Yahoo chairman Roy Bostock cited the infrastructure overhaul as one of the key accomplishments of Bartz's tenure. In light of that, it seems unlikely that the Yahoo board and transition team would spend time tinkering with data center operations and spending. They clearly have larger issues to address.

Will that green light for additional spending continue? It remains to be seen.

Earlier this year Yahoo announced plans to invest at least $500 million in further expanding its data center network. The company is also preparing a new data center design for a series of next-generation facilities it plans to build in 2012 and beyond. “We are in essence rewiring the entire infrastructure of Yahoo,” said Noteboom. "We’ve gained approval to invest half a billion dollars to build new data centers."

What About Yahoo Hosting?

What about Yahoo's web hosting operation, which was reportedly on the block during the last major round  of asset sales in 2009-2010 and has been losing ground ever since. Yahoo Small Business was once one of the largest shared hosting operations in the U.S. That includes its online store, one of the leading turnkey e-commerce offerings for small businesses. That base of e-commerce customers is a valuable asset at a time when profit margins are being squeezed and pundits see cloud computing emerging as a competitive threat.

But since it was taken off the market in early 2010, Yahoo Small Business has shrunk from about 2.2 million domains hosted to about 1.8 million today. The recent trends indicate a continuing slide

If it helps, the hosting unit may have an advocate on the Executive Leadership Council. The six-person council includes Rich Riley, currently Senior Vice President and Managing Director of the EMEA Region. Riley was previously senior vice president of Yahoo's online channel division, which includes its hosting operations.