/sites/all/themes/penton_subtheme_datacenterknowledge/images/logos/footer.png
Recent
Recent
How to Create an Effective Data Archiving Strategy
Jun 02, 2020
New Malware Hides Inside Rogue Virtual Machines
Jun 02, 2020
For Citigroup, New Backup Site Could Be Employees’ Living Rooms
Jun 01, 2020
Top 10 Data Center Stories of the Month: May 2020
Jun 01, 2020
Top 5 Data Center Stories of the Week: May 29, 2020
May 29, 2020
Featured
Resilience in a Pandemic: Smaller Data Center Providers Hang On, Hold Fast
Jun 01, 2020
How the Data Center Technology Market Is Faring in the Pandemic
May 27, 2020
Microsoft Says It’s Built a Top-Five Supercomputer in the Cloud for AI
May 21, 2020
Rules Rewritten: Managing Data Centers Through the Pandemic
Apr 07, 2020
Companies>Sabey

Sabey Corp. has received approval from state regulators to install up to 44 diesel generators to supply critical back-up power for its new data center campus in Quincy, Washington. The approval comes three weeks after the state issued a similar permit to Dell. 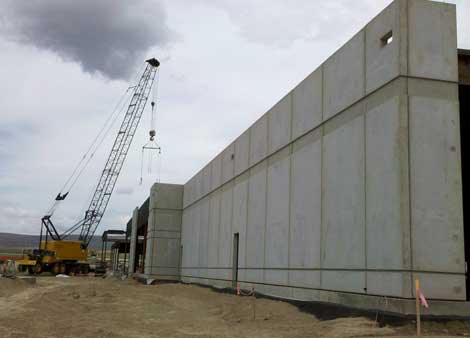 Sabey Corp. has received approval from state regulators to install up to 44 diesel generators to supply critical back-up power for its new data center campus in Quincy, Washington. The Washington Department of Ecology issued an air quality permit to Sabey on Aug. 26 for its Intergate.Quincy project.

The approval comes three weeks after the state issued a similar permit to Dell that clears the way for the computer company to install 28 generators in its planned cloud computing data center in Quincy.

Quincy, a small town in a rural section of Washington state, has developed into a major data center hub featuring several of the world's most advanced and efficient data centers from Microsoft and Yahoo, along with a project for Intuit . Each of the data centers in Quincy uses banks of generators to provide backup power in the event of a utility outage. Diesel engine exhaust is a regulated pollutant, and can be toxic in high concentrations, so state regulators routinely review permits for generators.

The growing number of diesel generators in Quincy generated debate last year when Microsoft applied to add more generators for the second phase of its campus in Quincy.   The Ecology department conducted an evaluation of the health risks from diesel engine exhaust particulates, and found that the Microsoft expansion, viewed in isolation, was not likely to impact public health. But the Department of Ecology took the opportunity to seek feedback from area residents, citing the growing concentration of data centers.

"We all generate so much data in this day and age that protecting that data has become critically important in our society," said Karen Wood, who manages Ecology’s Air Quality Program in Spokane. "Our role is to make sure the generators are run in a way that protects the public’s health and the air we breathe."

The Intergate.Quincy project has been in the planning stages since 2007. Plans for the Sabey campus call for three data center buildings housing more than 525,000 square feet of space. Buildings A and B will each be approximately 189,000 square feet, and Building C will be 139,000 square feet. Building C is currently permitted and scheduled for completion in the fall of 2011.