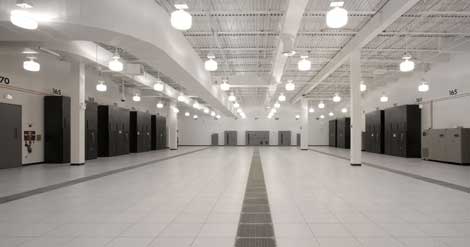 Rackspace is one of two major tenants at the facility to announce expansions last week, as ServerCentral said that it will add another 20,000 square feet of space. The lease announcements are good news for  DuPont Fabros (DFT), and also underscore continuing demand for data center space in the Chicago suburbs, following last week's unveiling of Comcast as the new anchor tenant in the Ascent CH2 facility in Northlake.

Rackspace has added more than 12,000 new customer servers over the past year, with most of that hardware supporting the company's cloud computing operation. The new space in Chicago, which adds about 3.9 megawatts of power capacity, will be deployed between July 2012 and early 2013.

Rackspace estimated its financial obligation for the latest data center expansion would be between $125 million and $135 million over the 15-year term of the lease.

The second phase of DuPont Fabros' CH1 data center is now 71 percent leased. The building is scheduled to open in the first quarter of 2012.

Meanwhile, ServerCentral  announced plans to add more than 3 megawatts of critical load and 20,000 square feet to its existing data center space in phase II at Elk Grove Village. The ServerCentral expansion was included in leases announced by DuPont Fabros with its second quarter earnings, but the tenant was not identified at that time.

The first phase of the ServerCentral expansion will add 2,000 square feet of high-density space for customers immediately, offering a power and cooling density of over 360 watts per square foot. The second and larger phase of ServerCentral’s additional build-out is scheduled for availability in the first quarter of 2012.

“We’ve enjoyed tremendous success with our data center at the DuPont Fabros facility, and we’re excited to offer our customers a roadmap for continued high-density colocation and cloud growth,” said Jordan Lowe, ServerCentral Co-founder and CEO.

This will be the third time that ServerCentral has increased its floor space within the facility since 2009. When complete, this will bring their total footprint to over 40,000 square feet and more than 5.5 megawatts of critical load by early 2012.

"ServerCentral’s continued expansion in our Elk Grove facility further strengthens our relationship and demonstrates the great success that ServerCentral has experienced with its own customers,” said Hossein Fateh, President and Chief Executive Officer of DuPont Fabros Technology, Inc.