Key East Coast data centers say they weathered Hurricane Irene without any loss of services to customers. In some cases, facilities were operating on generator power after utility outages, and some data centers had to plug leaks. 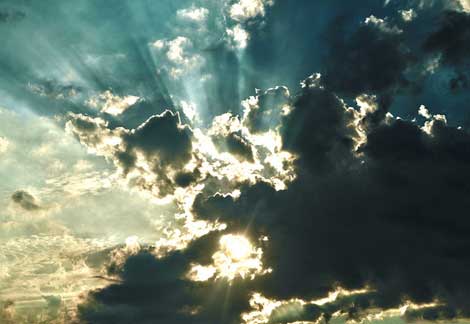 Most major data centers appear to have remained online throughout Hurricane Irene, despite leaks and utility outages (Image by likeablerodent via Flickr).

Key East Coast data centers say they weathered Hurricane Irene without any loss of services to customers. In some cases, facilities are operating on generator power after utility outages, while other data centers had to plug minor leaks.

Despite the challenges, the data center industry appears to have upheld its mission - keeping customer servers online through any eventuality. The storm's impact was felt all the way up the Atlantic coast, including data center hubs in Virginia and northern New Jersey.

QTS
One of the areas that experienced widespread power outages was Richmond, Virginia, where QTS - Quality Technology Services operates a large data center.

"Dominion Power has assured us they are working to restore power to QTS’ Richmond Data Center as soon as possible," Johnston added. "In the meantime, we have scheduled fuel deliveries to keep our generators operating efficiently."

Digital Realty Trust
All of Digital Realty Trust's facilities on the East coast maintained operations throughout Hurricane Irene, with no customer downtime. "Some facilities did lose primary utility power as a result of the storm," the company said in a statement. "These facilities successfully transferred to back-up power sources, which operated as designed and supported customer loads until the primary power sources became available again.

"One site in northern New Jersey remains on generator power until the primary utility power becomes more stable, and we are working with our customers to work out the timing for that transition back to utility power," the company added. "We expect that to happen later today."

Digital Realty has an agreement with Foster Fuels to provide emergency fuel delivery for generators at any of Digital Realty Trust’s Turn-Key data center facilities in the U.S.

Equinix
Colocation provider Equinix said its East Coast facilities experience no downtime, but its data center staffers were busy throughout the hurricane.

“We had no storm-related power outages at any of our IBXs in the path of Irene," said Dave Morgan, Vice President of IBX Operations for Equinix. “All of our IBX sites operated normally with fully redundant infrastructure throughout the storm's duration.

"We had small, non-impacting water leaks at several data centers - one of our Ashburn, VA facilities, one of our Philadelphia facilities, and three of our NY-area facilities (Secaucus, North Bergen, Newark) – that were quickly handled by engineers with leak diversion kits,” Morgan said.

Here's an overview of other reports from providers:

We'll update throughout the day as we get more reports from data center providers.