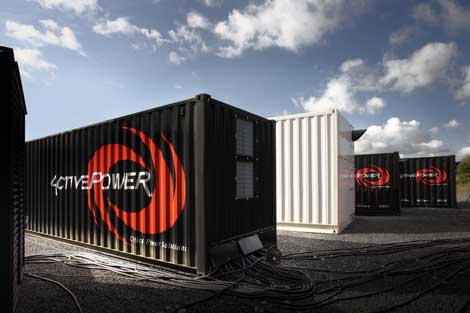 A data center in Texas will deploy the new "EcoPOD" modular data center, from HP supported by two containerized power systems from Active Power, the companies said today. The HP POD 240a module and two PowerHouse systems are part of a complete modular data center structure and will ship by the end of the year.

The Texas facility is the latest in a series of announcements of new modular deployments, following on the heels of customer wins for i/o in New Jersey and Phoenix, Dell in Colorado and UK infrastructure providers Cannon and Colt. Many in the data center industry remain skeptical about enterprise interest in modular designs, noting the lack of publicly-announced customers. The latest announcements offer signs that either adoption is increasing, or providers are having more success convincing users to allow them to publicize these projects.

Active Power says the two PowerHouse systems in the Texas project are valued at nearly $2 million and are each rated at 960 kW. Each unit contains Active Power’s flywheel-based CleanSource UPS (uninterruptible power supply), switchgear and monitoring and controls software. These systems will provide power conditioning and protection to the HP POD 240a.

"The PowerHouse solution enables data center customers to support IT capacity at very high efficiencies which result in significant energy savings," said Martin Olsen, vice president and general manager at Active Power. "We’re also able to deploy critical power infrastructure onsite in a matter of months compared to a conventional build which could take up to a year or more. This is due to the fact PowerHouse is factory built and tested prior to deployment to the site similar to the HP POD 240a."

To learn more about Active Power’s PowerHouse solution, please go to http://powerhouse.activepower.com/ or refer to whitepaper #101 (‘Modular Power and Cooling Utility in a Box – Driving Efficiencies through Rapidly Deployed and Right-Sized Power and Cooling’).