Hosting provider SoftLayer Technologies had $83 million in revenue in the second quarter of 2011, up from $78 million in the first quarter, the company said Tuesday. 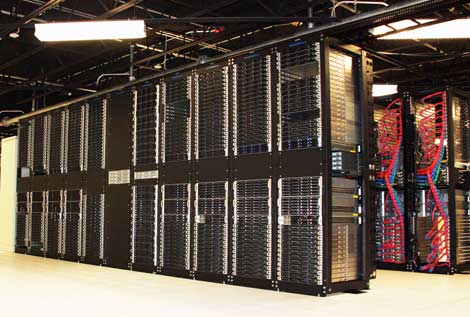 A look at the racks inside the new SoftLayer Technologies DA5 data center in Dallas.

"This has been the greatest quarter of growth in our history," said Lance Crosby, Chief Executive Officer for SoftLayer. " I’m exceptionally proud of the effort from all levels and functions across our company. It’s been a tremendous year for us so far, and we have even more on tap for the third and fourth quarters."

Expanded Infrastructure, Services
In the second quarter, SoftLayer has introduced a new suite of managed hosting services and expanded its operations into Silicon Valley with a new data center. It also added its infrastructure to Europe and Asia, with plans for network points of presence on both continents and a new data center in Singapore.  The new PoPs will be located in London, Paris, Frankfurt, Moscow, Tokyo and Hong Kong.

"We just released our Local Storage option for CloudLayer Computing instances," said Crosby. "And in addition to our international expansion to Asia and Europe, we are in final stages of development on some important releases that bring even greater capabilities across our core offering. We can’t wait to share them with everyone."