Since 2008, the largest players in the data center field have been advocating operating server rooms at warmer temperatures. But few enterprise data centers are following suit, according to data from an industry group. 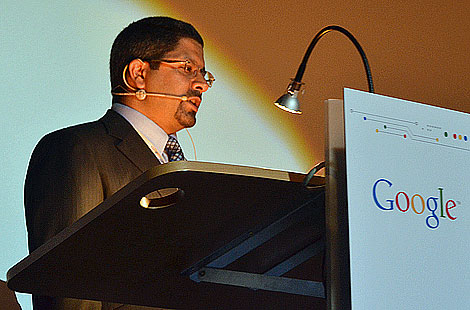 ZURICH - Since 2008, the largest players in the data center industry have been advocating operating server rooms at warmer temperatures. Google, Yahoo, Microsoft and Facebook have all embraced the idea of raising the thermostat in their data centers, saying the benefits of reduced spending on cooling can be substantial, and the practice hasn't led to elevated hardware failures.

But few enterprise data centers are following suit, according to Zahl Limbuwala, chairman of the Data Center Specialist Group at BCS, the leading IT industry group in the UK.

"We're still stuck at low temperature points," said Zimbuwala, who gave a presentation at the Google European Data Center Efficiency Summit Tuesday in Zurich, Switzerland. "All the work the industry has done on this issue still needs to roll through. It really hasn't had the impact we thought it might."

The leading U.S. industry group for heating and cooling professionals, ASHRAE (American Society of Heating, Refrigerating and Air-Conditioning Engineers) increased its recommended operating range for data centers from 77 degrees to 81 degrees in a 2008 update.

Limbuwala reviewed data from a survey of BCS data center operators, which found that the majority of data centers continue to operate at 22 degrees C (72 degrees), with most of the remainder between 20 and 24 degrees C.

ASHRAE has just released new, expanded guidelines for server rooms based on the type of equipment and application, and the level of control the operator has over the environment. For data centers running mission-critical operations, ASHRAE has maintained the 2008 upper range of 80.6 degrees. It has also created several new categories for operators of data centers who have strong control over the environment and manage  reliability using groups of networked data centers, such as Google or Microsoft or Yahoo. The upper range for those facilities can now range as high as 113 degrees F (45 degrees C).

Impact on Legacy Facilities and Equipment

The new guidelines draw clear distinctions between different types of facilities, according to Don Beaty, founder of DLB Associates and active member of ASHRAE Technical Committee 9.9. Beaty said many data centers covered by the ASHRAE guidelines are either older facilities or running legacy equipment that may not tolerate warmer environments as well as new equipment.

Harkeeret Singh of Thomson Reuters, who gave a presentation in Zurich on behalf of The Green Grid, emphasized the need for data center operators to be closely monitoring and managing conditions within their server rooms.