<img src="/sites/datacenterknowledge.com/files/wp-content/uploads/2011/03/Vantage-Conference-Room.jpg" alt="" width="470" height="327" /> Data centers are different from houses and offices - they are designed for servers, not people. This has often meant trade offs for data center staffers. But some data center developers are rethinking the "machines first" approach and designing data centers to be more comfortable environments for staff and visitors. 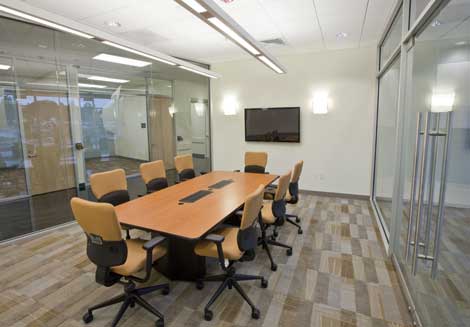 One of the conference rooms at the Vantage Data Centers facility in Santa Clara.

Data centers are different from houses and offices - they are designed for servers, not people. This has often meant trade offs for data center staffers, who brave 100-degree hot aisles and perform their work at laptop carts, instead of air-conditioned offices. Not to mention traversing man-traps and biometric security just to get to the restroom.

But some data center developers are rethinking the "machines first" approach and designing data centers to be more comfortable environments for staff and visitors. This is a particular focus for Vantage Data Centers, where office space and other customer amenities account for about about 20 percent of the space in its new 60,000 square-foot facility in Santa Clara. In addition to two 20,000 square foot (3 Megawatt) data halls, the building includes 12,000 square feet of conference rooms, kitchenettes, locker rooms with showers and office space that Vantage says will be equivalent to Class A space.

"Customers know they can have an office setting and a quiet place to work," said Tony Giampaolo, Director of Operations at Vantage.

Vantage isn't the only company seeking to provide a more comfortable environment for customers. i/o Data Centers has nearly 80,000 square feet of office space at its huge i/o Phoenix data center, which also includes meeting rooms and several amphitheaters. The SuperNAP in Las Vegas also features many visual flourishes usually seen in enterprise office space and includes a plush theater that is available for customer events.

Is the Data Center Market Changing?

These people-friendly touches reflect the dual nature of these facilities, which also function as corporate headquarters. But they also reflect the broadening of the target audience for custom data center space. By some estimates, nearly 80 percent of the data center space in the U.S. is housed on corporate campuses rather than dedicated third-party facilities. Convincing these companies to outsource their equipment means addressing the "server hugger" phenomenon and meeting the needs of executives and sysadmins who are used to working in an office environment and being able to quickly access their gear. 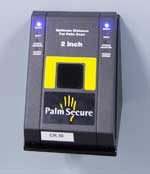 Having more people moving through a facility also means additional considerations regarding access and security. Vantage is securing its office areas and data center access with the PalmSecure biometric system from Fujitsu (seen at left), and like many data centers, features a man-trap - a corridor with secure doors at each end.

Vantage has also hired its own security team, rather than using a contractor to provide security. Giampaolo says in-house security can surface excellent candidates, whose goals are tightly aligned with the company's mission. Switch also has custom security team at the SuperNAP, where the black-clad, super-sized security officers are a regular presence on facility tours.

While offices at the data center will appeal to decision-makers, they're a benefit for staff who work in the data center - even though it's not likely to make the hot aisle any more comfortable.

Do you think this is the wave of the future? Use the comments to weigh in.