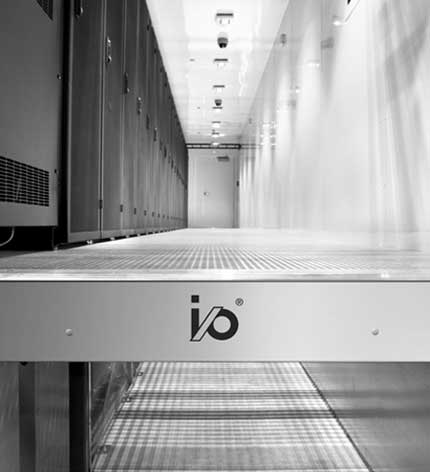 An end view of an i/o Anywhere data center module, with a raised floor above an air plenum.

The data center industry continues to move towards an industrial production model. i/o Data Centers is opening a large factory in Phoenix to manufacture modular data centers, the company said today. The 221,000-square-foot facility will produce the company's i/o Anywhere data center modules, which can then be rapidly deployed at a customer premises.

The i/o factory will be able to build 18 megawatts of data center modules each month. The first i/o Anywhere modules will roll off the assembly line in the first half of 2011 to fulfill existing orders, the company said.

"This is a full-time production facility," said Anthony Wanger, president of i/o Data Centers. "We have a backlog of orders and are now in full-tilt production."

i/o Anywhere is a family of modular data center components that can create and deploy a fully-configured enterprise data center within 120 days. i/o Data Centers says these factory-built modular designs can transform the cost and delivery time for IT capacity. Customers can deploy their modules at an i/o Data Centers facility or at one of their own IT sites.

New Facilities for a New Paradigm

i/o Data Centers used temporary facilities for the initial design and engineering of its modules, which include specialized units for power, network, cooling and servers. Once the design was complete, the company began assembling a team and creating a dedicated production facility.

i/o Anywhere comes with optional configurations that allow customers to choose between different sizes and widths, as well as options for redundancy and density. The company has developed the i/o OS operating system - a fully-integrated data center monitoring, alarming, remote control and management operating system. i/o Data Centers describes it as an enterprise-grade data center solution that will include a 100% uptime Service Level Agreement.

i/o Data Centers says it will deploy its future data center capacity (including a planned facility in New Jersey) using i/o Anywhere. Wanger says the advancements in design and engineering are blurring the lines between modular developments and traditional "brick and mortar" data centers.

"Once you're inside one, it looks and feels like a constructed data center," Wanger said of i/o Anywhere. "We've engineered it with that as a goal." 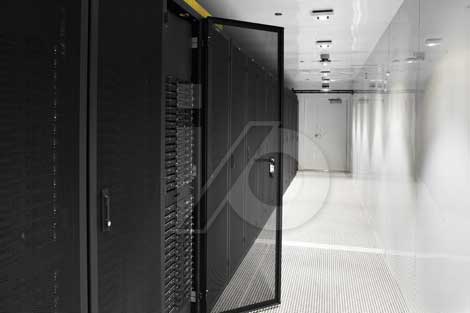 The interior of an i/o Anywhere modular data center.