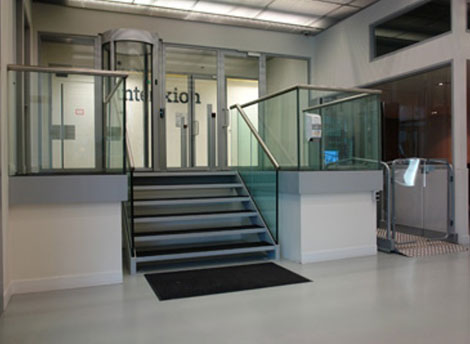 European colocation and data center specialist Interxion today announced plans to launch an initial public offering of its shares on The New York Stock Exchange, where it plans to trade under the ticker symbol INXN. Interxion announced its intention to go public last May, when it filed preliminary non-public paperwork with the U.S. Securities and Exchange Commission. It has not yet set a date to begin trading.

For U.S. Investors, a European Colo Play
After the Switch and Data delisting, Equinix remains the only pure player in the colocation arena listed in the United States, excluding REITS or companies whose business model has turned to offering cloud hosting services. Interxion's IPO will represent an opportunity for US investors to access a leader in the growing European multi-tenant data center market.

Interxion will be offering a total of 18.55 million shares, partially sold by existing shareholders (2.3 million shares). These shares will represent about 28.5% of the total shares outstanding, which will about 65 million after the IPO. Underwriters will be granted an option to purchase up to 2.8 million additional shares. All these numbers are post a five-to-one reverse split that will happen before or at the closing of the offer, and exclude shares that can be issued upon the exercise of the 2008 and 2011 equity incentive plan.

Market Cap of $780 Million at Mid-Range
The price range estimated by the company for its shares is between $ 11 and $ 13. The mid-range value would give Interxion an approximate market cap of about $780 million, or about three times 2009 revenues, which were roughly $246 million, using the recent Euro-Dollar exchange rate. Applying EBITDA as a metric, Interxion market cap will be about ten times 2009 EBITDA.

Interxion's SEC filing gives us an opportunity to dig into its financial performance. Here are a few highlights for our readers:

Interxion supports over 1,100 customers through 28 data centers in 11 European countries. The average data center in Europe is usally smaller than in the USA, and Interxion's centers range from as little as 500 square meters (5,400 sqft.) to 6,400 square meters. (68,900 sqft.). The company houses more than 350 carriers and Internet service providers and 18 European Internet exchanges.

Leases and Colo Contracts
Interxion leases all its facilities, with contracts that are typically for 10 to 15 years (excluding extension options). Colocation contracts with customers are typically for three to five years, however it is interesting to note that about fifty-three percent of Interxion's Monthly Recurring Revenue for the nine months ended September 30, 2010 was generated by contracts with terms of one year or less remaining.

There is a 150 day lock-out period for existing shareholders. The net proceeds from this offering for Interxion will be approximately U.S. $176.6 million. As we previously noticed, Interxion has about €200 Million ($260 million)in 9.50% notes due 2017 outstanding.

At the end of this article you will find the most recent financial data available for the company, including a 2010 forecast (4Q 2010 results haven't been released yet). As you may notice, they are in the Euro currency, while they have been converted into US$ in the SEC filing.