What The 'New Heart of Wall Street' Looks Like 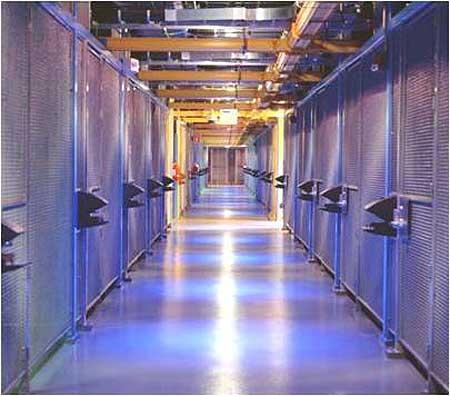 They say a picture is worth a thousand words. The New York Times devoted more than 3,000 words Sunday to a feature story on the rise of high-speed trading operations.

But the Times offered no visuals of any of the facilities housing the servers supporting the surge in electronic trading. So here's a glimpse inside the data centers powering the "new heart of Wall Street."

The photo above provides a look at the inside of a data center operated by Equinix, the company that runs the "New York Four" facility in Secaucus described by the Times as a "vast technological sanctum." Equinix has invested more than $260 million building out the three phases of the NY4 data center. The 340,000 square foot facility, which features advanced power and cooling systems, more than 57 miles of cabling, and multiple levels of biometric access security between the lobby and the customer cages. And yes, there are blue lights to keep things cool - both the equipment and the visuals.

"While this 'Tron' landscape is dominated by the titans of Wall Street, it affects nearly everyone who owns shares of stock or mutual funds, or who has a stake in a pension fund or works for a public company," The Times writes. "For better or for worse, part of your wealth, your livelihood, is throbbing through these wires."

Cluster of NJ Financial Data Centers
The Secaucus data center houses the server infrastructure for Direct Edge and other electronic stock exchanges. It's part of a cluster of data centers in northern New Jersey that drive trading operations that are remaking the financial markets.

Like most major financial companies, Direct Edge uses more than one data center provider. It also hosts equipment at the Telx Financial Business Exchange (FBX) data center in Clifton, N.J. During an open house in April, Telx Director of Sales Engineering Kevin Strasheim provided an overview of the Clifton data center's features during a walk-through of the space occupied by Direct Edge, as well as an area that will provide expansion for Telx and its customers.

Another major financial trading hub is a few miles away in a pair of Weehawken, N.J. buildings that house a pair of data centers for Savvis Communications (SVVS). These facilites are the focus of is Savvis’ ultra-low latency Proximity Hosting offering, in which customer equipment is located adjacent to the exchanges’ servers within the Weehawken data center, eliminating any lag created by distance.

Proximity hosting has become popular with hedge funds, which may not be able to afford their own data center but still require low-latency access for quotes and executing trades. Savvis says Proximity Hosting clients can connect to exchange servers within 64 microseconds. Here's a look at a section of the Savvis NJ2X data center in Weehawken, which opened last June. 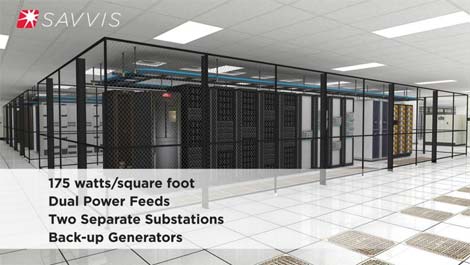 An image from Savvis of its new NJ2X data center, which will host low latency trading operations.

For more on high-speed trading, visit our Low Latency Trading Channel or check out these stories:

Stay current on Data Center Knowledge’s data center news by subscribing to our RSS feed and daily e-mail updates, or by following us on Twitter or Facebook.