<img src="/sites/datacenterknowledge.com/files/wp-content/uploads/2010/12/astmodular-thor.jpg" title="astmodular-thor" width="470" height="275" /> AST Global has rebranded as AST Modular to reflect the Barcelona company's focus on the market for modular and containerized data centers. CEO Henry Daunet provides a video tour of one of the company's free cooling containers at the THOR data center in Iceland. 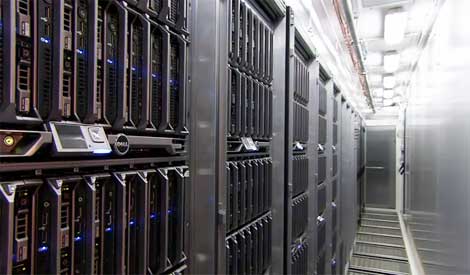 A view of the interior of an AST Modular Natural Free Cooling container at the THOR data center in Iceland.

One of the companies focusing on the modular data center market is AST, which has carved out a niche as a wholesale provider of containerized and modular offerings, most notably for IBM's Portable Modular Data Center (PMDC). The Barcelona-based company, previously known as AST Global, said today that it has rebranded as AST Modular and launched a new web site. "Our new name shows AST’s determination in becoming the leading global specialist in modular data centers," says CEO Henry Daunert. "This specialization started back in Q2 2005 when we became the second provider in the world to engineer and deliver a containerized data center. Almost 6 years later customers continue to demand scalable solutions." One of those AST customers is the THOR Data Center in Iceland, which recently deployed a container data center facility in Hafnarfjorour for customers including Web browser developer Opera. In this video, Daunert provides a tour of the AST container deployed at THOR, which uses AST's Natural FreeCooling module. This video runs about 8 minutes. UPDATE: The video link has now been updated after some problems with the original source.