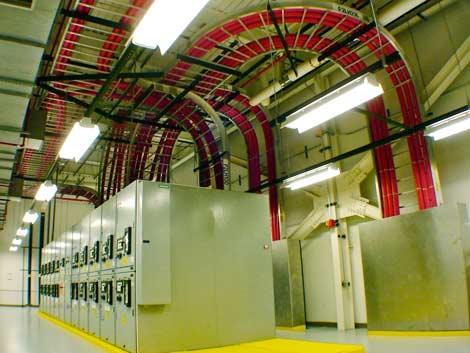 One of the power rooms inside the new QTS Richmond Data Center.

The company also announced its first tenant, an unnamed government agency that has leased 6,000 square feet with a megawatt of power, which will occupy its space late in the fourth quarter of 2010.

Leveraging Existing Infrastructure
QTS bought the former Qimonda semiconductor plant in a bankruptcy court sale earlier this year. It is retrofitting the facility for data center use, taking advantage of existing infrastructure that includes 22,000 tons of chiller capacity on site, and a campus power capacity of 100 megawatts. QTS will offer custom data suites from 1,000 to 50,000 square feet in Richmond, as well as colocation and managed service options.

"The progress in Richmond has been exciting and quick-paced," said Chad Williams, Chief Executive Officer for QTS. "We're pleased to be able to get this Richmond facility open for our first government services agency, as well as for other government agencies, government contractors and commercial customers, more than 60 days ahead of schedule."

"Equipped with the latest advances in data center technology, QTS Richmond is an impressive site that is well-equipped to handle both primary and secondary customer infrastructures," Williams added.

"Our new government services group builds on QTS' success in working with other regulated markets, such as finance and healthcare, to provide high-quality hosting services to government agencies," said Tesh Durvasula, Chief Marketing and Business Officer for QTS. "Both government agencies and others recognize the excellence of our new QTS Richmond Data Center, and with a dedicated team to create government solutions located so close to D.C., we expect to see continued demand and leasing following on the heels of the first government customer to occupy our new facility."

System integrator relationships figure to loom large in the bid for government work, and Quality Tech works closely with IBM, having bought Big Blue’s colocation business a few years back.

QTS has built a network of 12 data center facilities spanning more than 3 million square feet of space, growing through acquisitions of facilities and customers from eDeltaCom, IBM, NTT America and Globix. The company offers both wholesale data center space and managed services. 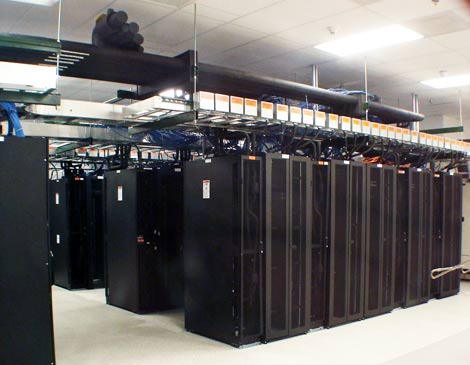