How A Good PUE Can Save 10 Megawatts 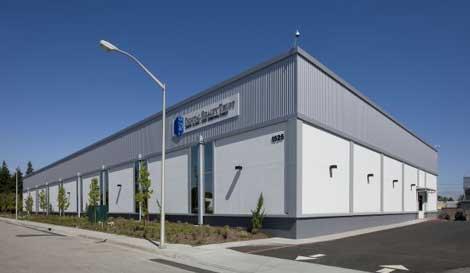 One of the data center facilities at the Digital Realty campus in Santa Clara, Calif.

At a time when the industry is debating the appropriate use of metrics like Power Usage Effectiveness (PUE), Digital Realty Trust has produced some real-world data to illustrate how improved efficiency can save power and money.

Digital Realty recently released results of an energy audit of customer power usage at its data center campus in Santa Clara that houses servers for companies including Facebook, Twitter and Yahoo.

Digital Realty found that the customer data center space at the campus was operating at an average PUE of 1.6, despite using just 53 percent of the available power. PUE measurements tend to improve as a data center nears full utilization, which is one reason why large users such as Google report industry-leading ratings in the 1.1 to 1.2 range.

Optimized vs. Average
But what does an improved PUE mean in terms of operations and power usage? At a PUE of 1.6, Digital Realty's Santa Clara customers were using 11.2 megawatts of power. The company estimated that the same footprint, running at an industry average PUE of 2.5, would use an additional 10 megawatts of electricity annually.

That 10 megawatts is equivalent to the power draw of a major data center, and works out to savings of at least $6 million a year, Digital Realty concluded.

"Compared to industry averages, these Turn-Key Datacenters are saving an estimated 10,000 kW a year in electricity usage, which translates into millions of dollars of estimated cost savings for our customers annually," said Jim Smith, CTO of Digital Realty Trust. "This is industry-leading energy efficiency for such a large IT load over so many properties, especially when you take into account that customers are only at 53 percent utilization."

What's an 'Average' PUE?
There is some debate about the industry average for PUE. The Uptime Institute, which tracks the operations of a group of enterprise data centers, says the average PUE is 2.5. Others cite an average of 2.0, and the EPA's Energy Star program reported a 1.91 average PUE in 2009 data it collected more than 100 data centers. But the Energy Star participants were weighted toward the most energy-conscious data center operators.

Digital Realty said it was somewhat surprised with its PUE numbers. Although most of the Santa Clara facilities are fully leased, many tenants are gradually deploying equipment for long-term requirements. The campus is home to three data centers with a Platinum or Gold rating under the LEED standard for energy efficient buildings.

"We knew our PUEs would be good based on how the facilities are designed, but we were surprised by the great number at only half load," said Smith. "Our commissioning benchmark suggested (a PUE of) about 1.75 at this level, but clearly, customer best practices drive better efficiencies than the load bank environment (used during commissioning), and the operations team has had time to adjust and tune the systems, controls and equipment."

Data Powers Savings
Nowadays many discussions of PUE trigger debate about the numbers and how they were calculated and what they mean. Smith says the bottom line is that data and metrics are key enablers of improvement and savings.

"I've always said that measurement is the key, and all of this is enabled by access to data," he said. "When you have access to data that lets you see and monitor energy efficiency, you can make improvements and try things that bring your PUE down. That's true whether you operate a lot of facilities like us, or whether you just have a single corporate datacenter. Being able to measure makes it all possible. We know our teams (construction and ops) were doing a good job. But now we know how good, and we know they have information that will let them improve even more."