Greenpeace grabbed a fresh round of headlines today with a letter to Facebook CEO Mark Zuckerberg restating its objections to Facebook's energy sourcing for its new data center in Oregon. 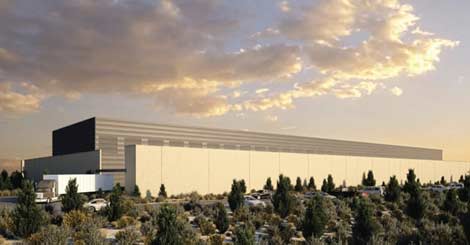 None of the major facts have changed in the ongoing controversy in which Greenpeace International has objected to Facebook's energy sourcing for its new data center in Oregon. But the environmental group managed to grab a fresh round of headlines today when a Greenpeace executive wrote a letter to Facebook CEO Mark Zuckerberg restating its existing grievances.

Greenpeace's objection: Facebook’s new Oregon data center, which has been designed to be highly energy-efficient, will receive its power from a local utility that uses coal to generate the majority of its power.

Today's headlines provide an example of why Greenpeace is a problematic foe for companies like Facebook. It has a major media megaphone, and wields it effectively.

Greenpeace also knows how to take a complex issue - and data center energy sourcing certainly qualifies - and simplify it. But not always in a useful way. Greenpeace is being selective in which facts it presents, and addressing only a limited portion of a complex issue.

A case in point: In one of its blog posts about data centers and coal, Greenpeace noted comments by Nokia's Mike Manos at The Uptime Symposium this spring. Here's the rub: a Greenpeace representative was also present an hour earlier at another Uptime Symposium panel, in which data center providers that have implemented solar energy noted the challenges with renewable energy: namely, that it's expensive, hard to scale and not available from many utilities.

We've shared a summary of that session, which is relevant to the discussion. It's part of our special report on Data Centers & Renewable Energy, which provides examples of facilities using solar, wind and geothermal power, along with a pragmatic look at the challenges around green power sourcing and generation.

In today's letter to Facebook, Greenpeace International Executive Director Kumi Naidoo calls on Facebook to "commit to a plan to phase out the use of dirty coal-fired electricity to power your data centers." Back in March, we noted that Greenpeace has not yet met that standard with its own IT infrastructure (see Greenpeace's Hosting: Not 'Truly Green').

Is Greenpeace's infrastructure relevant to the ongoing discussion? It underscores the fact that the issue of data center energy sourcing is not as simple as "unfriending dirty coal."