As the market for low-latency financial trading continues to grow, data center providers are likely to see growing demand from smaller trading firms, even as larger players continue to chase ever-faster "feeds and speeds." 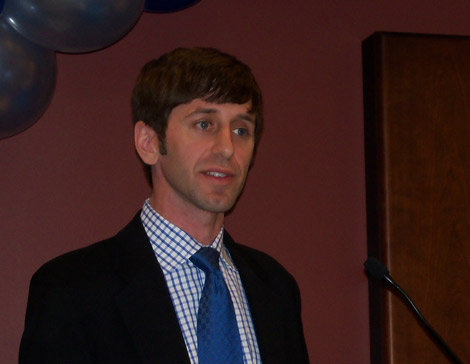 As the market for low-latency financial trading continues to grow, data center providers are likely to see growing demand from smaller hedge funds and trading firms, even as the largest players in the game chase seek ever-faster "feeds and speeds."

That was the consensus in a broad-ranging discussion of the market for low-latency colocation solutions held Tuesday in Clifton at the Telx Financial X change data center. High-frequency trading by Wall Street firms has been a growth market for data centers in northern New Jersey, where Equinix (EQIX), Switch and Data (SDXC), Savvis (SVVS) and Telx all operate data centers, along with exchange operators NYSE Euronext (NYSE) and NASDAQ OMX Group .

"The focus on Wall Street has shifted to New Jersey and its data centers," said Kevin McPartland, Senior Analyst with the TABB Group, which tracks financial technology."There’s a lot of number crunching requirements. This is really driving the demand for data center space."

A Microsecond Faster to the Trade
"Speed matters," said Telx CEO Eric Shepcaro. "It’s about being faster than your competitor, even if it’s by a microsecond."

That need to execute a trade a microsecond ahead of rivals has created an arms race in ultra-low latency colocation, and is reshaping the playing field in the trading industry. Shepcaro noted that there are now more than 30 exchanges 100 market data vendors, 3,000 sell-side trading funds and 1,000 buy side funds.

"We’re seeing shifts in who folks need to connect to," said Shepcaro.

That's why some see moves by NYSE and NASDAQ to expand their low-latency colo offering with additional space in New Jersey as disruptive to the market.

An Ecosystem With Moving Targets
"It’s an ecosystem, ideally with all the partners you need all in the same facility," said Shawn Kaplan, business development director for ACTIV Financial, which provides market data to high-frquency traders. "That’s more difficult this year than it was last year. Firms are wrestling with where to put their infrastructure because it’s changing all the time."

The NYSE is charging a premium to market rates for access to its new data center in Mahwah, which can affect colocation strategy. "We’ve seen a number of companies putting only the necessary equipment into those more expensive facilities, splitting their infrastructure between high cost and low cost data centers," said Kaplan, who noted that cost is a relative thing for Wall Street trading operations.

"For me it’s all about the lowest latency," said Kaplan. "It’s not about cost. The cost of infrastructure is nothing.The latency game is important, because it’s how much of the market is making money these days."

Cost vs. Compromise
"If you can’t be at least as fast as anyone else, it’s hard to put a cost on it," agreed Steve Bonanno, chief technology officer at Direct Edge. "I can’t compromise on my IT budget if I’m sacrificing latency."

McPartland said there are about 200 firms in the ultra-low latency market that will continue to chase the technology to provide the fastest possible connectivity. But he also believes the low-latency colo market will see growth from a second tier of trading companies that will max out the space or power in their on-premises server rooms.

"The reason you’re seeing companies move to these new facilities is power," said Daniel Marques, the chief technology officer of Ballista Securities, which runs an alternative trading system (ATS) for options traders." The reason these (colocation) providers succeed is that they can say 'we can bring you all the power you need.'"

As low-latency trading continues to grow, even veteran industry observers have difficulty getting their heads around the speeds at which trades take place.

"I still find it amazing," said McPartland. "A blink of an eye is 300 milliseconds. That’s an eternity in this business."

How much of an eternity: "You can do a heck of a lot in 2 microseconds," said Kaplan.