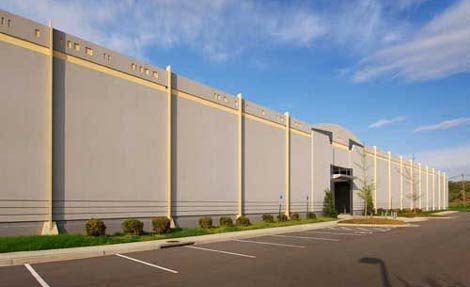 One of the data centers at the Digital Realty Trust campus in Ashburn, Va.

Ashburn, Virginia is home to more than 2 million square feet of data center space. And counting.

Digital Realty Trust (DLR) will soon add to that footprint with two new data centers, the company said today as it announced that it had fully leased a 135,000 square foot facility, having just completed the core and shell in January.

The new facilities continue the building boom in Ashburn, which is also a major data center hub for Equinix, DuPont Fabros Technology, Verizon Business and AT&T (which also announced plans today to expand its Ashburn facility).

The Turn-key Datacenter program offers customers finished ”plug and play” raised-floor data center space, which shifts the data center development costs from the tenant to the landlord, and allows for much quicker deployment than if the customer built a new facility on its own.

"Demand for our Turn-Key Datacenter solution from Internet and corporate enterprises alike continues to accelerate, particularly in Northern Virginia," said Brent Behrman, Vice President of Global Sales for Digital Realty Trust. "As a result, the new 132,300 square foot building was leased well ahead of budget and we have begun construction planning for two additional datacenter facilities on the remaining two parcels at our Ashburn, Virginia campus."