Telx won't be the first data center IPO of the year. That milestone goes to CSF Group, a Malaysian data center company that raised £28 million ($42 million US) this week in an offering in London this week. 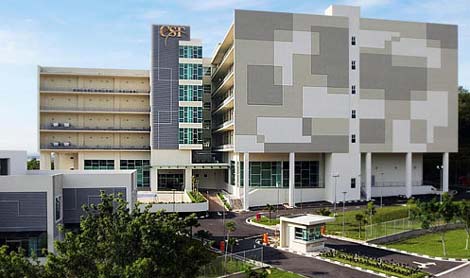 The 300,000 square foot CX2 data center in Kuala Lumpur, Malaysia is the flagship facility for the CSF Group, which went public this week with an IPO in London.

The Telx Group won't be the first data center IPO of the year. That milestone goes to CSF Group PLC, a Malaysian data center company that raised £28 million ($42 million US) this week in an initial public offering on London’s junior Alternative Investment Market.

The company will use the funding to further expand its data center footprint in southeast Asia, including a new facility in Malaysia and an expansion into underserved markets in Vietnam and Thailand. The offering values CSF Group at about £88 million ($132 million US).

CSF was founded in 1991 and has built more than 200 data centers for enterprise clients, including the Malaysian Stock Exchange. In 2003, the company began operating its own data centers in Cyberjaya, a technology park near the Malaysian capital city of Kuala Lumpur.

In 2009 CSF began building the 300,000 square foot CX2 data centre in Cyberjaya, which is now nearing completion. The facility, which will offer 157,000 square feet of finished data center space, is 60 percent leased and CSF expects to fill the building by the end of 2010. Cyberjaya is also the site of CX5, a 200,000 square foot facility that CSF is building for its largest customer, the Malaysian Government’s telecommunications system.

CSF said it it targeting Vietnam, Thailand and Indonesia for further growth, saying it believes these considers these markets to be "relatively underdeveloped
compared with Singapore and Malaysia. CSF plans to build a 3,500 square foot data centre in Hanoi, and a 10,000 square foot facility in Thailand.

The Telx Group has filed for an IPO on the NASDAQ exchange in which it hopes to raise up to $100 million.