Data Center Leasing: It's All About the Megawatts

The growing importance of power is remaking the business of leasing data center space, with megawatts replacing square feet as the primary benchmark for real estate deals. 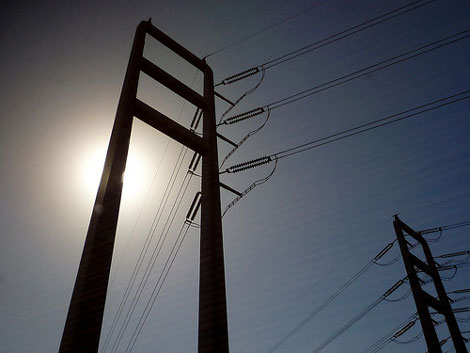 The growing importance of electric power is remaking the business of leasing data center space, with megawatts replacing square feet as the primary benchmark for real estate deals.

"Our business is all about leasing access to power," said Michael Foust, the CEO of Digital Realty Trust, the largest data center developer landlord. "The square footage is almost secondary in some cases."

DuPont Fabros Technology, another large developer of wholesale data center space, now describes all its leases in megawatts in its financial reporting. As data centers consume more power, electricity is the benchmark that matters, according to DuPont Fabros president and CEO Hossein Fateh.

"Any customer that needs a megawatt - that's 4,000 servers - better be ready to talk power, or they're not even qualified to have that job," Fateh said earlier this year. "What we're charging for is the availability of power."

Wanted: Cheap, Abundant Power
As companies like Google and Microsoft build ever-larger data centers packed with tens of thousands of servers, they are choosing to build in places with cheap and abundant power like central Washington state, Iowa and North Carolina.

It's not just the cloud-builders that are making decisions based on power. In a recent survey by the industry group AFCOM, 67 prcent of data center operators said the availability of sufficient power is the number one challenge in data center consolidation projects, which can eliminate servers but result in higher-density environments.

This shift is changing the way companies determine their data center requirements as they max out the capacity of their existing facilities. Many data center operators are running out of power before they run out of space, underscoring the need to have good metrics on existing power usage for capacity planning purposes.

Measure by the Kilowatt
"If your company isn't measuring whatever the widget is by kilowatts, you need to," said Chris Crosby, VP of business development at Digital Realty. "Power is really the key element for measurement. The clients that understand things in these terms make the best decisions.

"If you talk about square footage in the data center, you'll get confused in your buying decision," Crosby added. "Getting an understanding of your kilowatts will give you a lot of insight into your costs."

An example is Currenex, an electronic trading platform specializing in the foreign exchange markets. The company's business was growing quickly, but its two third-party data center providers had limited capacity.

"We were operating in data centers that were out of power," said Chad Parris, VP of technical operations at Currenex. "We're not big enough to build our own facility, so it became tempting to buy cage or cabinet solutions (in colocation centers)."

Converting Workloads into Power
Instead, Currenex performed a detailed analysis of the power required to execute its trades, and then used those numbers to convert daily volume of foreign exchange trades into kilowatts. This allowed the company to model its future power needs based on estimates of its future trading volume.

Currenex wound up leasing 2,500 square feet space in a Digital Realty data center in New Jersey, with an option for additional space as its operation expands. The wholesale data center model "was the cheapest way to buy a long-term position in kilowatts," Parris said. "In year four, our cost per kilowatt a month is about a third of what it would have been."

Complicator in Lease Renewals
The new focus on power as a leasing benchmark creates some challenges for enterprise companies that use leased data center space, according to Jim Kerrigan, the director of the data center real estate practice at Grubb & Ellis.

Kerrigan estimates that 32 percent of all leased data center space in the U.S. will come up for renewal between now and 2013. Nearly all of those leases were based on square footage, while power capacity will be the key issue in many renegotiations. Reconciling that difference will introduce an added wrinkle in many lease renewal talks.

The primacy of electricity in data center real estate isn't likely to end anytime soon."Power is really the core commodity of the information age," said Crosby.