Halloween has become the Super Bowl for online photo storage, and one of the busiest days of the year for Facebook, which sees daily spikes of more than double its normal photo uploads. 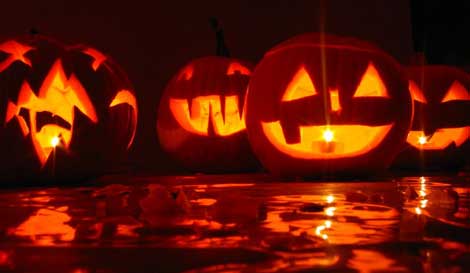 The growth of the Internet and mobile technology have been good for Halloween. This weekend, many of us will use the cameras in our mobile phones to snap photos of our friends and/or kids in their Halloweeen costumes, and then upload them to Facebook. This trend has made Halloween the Super Bowl for online photo storage, and one of the busiest days of the year for the Facebook web site.

"Our users go all out to capture the zany costumes and freewheeling spirit, typically uploading about 20% more photos than usual during Halloween week," Facebook engineer Doug Beaver noted last year. "That can include several daily spikes that are more than double normal levels."

Last year Facebook said it added "20 percent more photo servers and 50 percent more upload servers" to process Halloween traffic, adding up to an additional 40 terabytes (that's 40,000,000,000,000 bytes) of storage. That was when the site had 140 million users, less than half its current active user base of more than 300 million.

Just for giggles, add live streaming of a Foo Fighters concert via the group's Facebook page. Looks like there will be plenty of servers humming and lights flashing in Facebook's data centers this weekend.