Could the Cloud Derail A $300M Data Center? 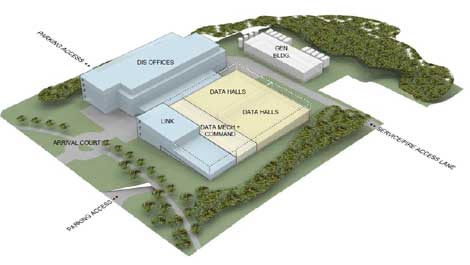 A concept drawing for the planned $300 million data center to house IT operations for the State of Washington.

Two state legislators responded with a letter urging Gov. Chris Gregoire to consider other options (link via Crosscut). "We are deeply troubled by the weakness of the technical and financial support behind this decision, and fear the state is potentially making a $300 million mistake that will haunt us for decades to come," write Rep. Reuven Carlyle and Rep. Hans Dunshee.

"Public sector IT experts predict that within just a few years up to 50% of government agencies nationwide will outsource most data to the cloud," they write. "The DIS business case fails to seriously explore the larger strategic question facing government technology today."

The legislators noted that Washington state is "home to many of the leading providers of this rapidly evolving commodity service ... Still, our own state government has yet to move in this direction in any material way." Both Amazon (AMZN) and Microsoft (MSFT) are headquartered in the Seattle area and have in-state data centers that host cloud services.

The Olympia data center projects has been in the works since 2007. While Carlyle and Dunshee assert the project was thinly scrutinized due to yearnings for a large local construction project, their cloud computing proposal may ruffle a key constituency -  state workers in the DIS who would may be fearful of seeing their job duties outsourced to the cloud - or to Microsoft and Amazon.