https://www.datacenterknowledge.com/sites/all/themes/penton_subtheme_datacenterknowledge/images/logos/footer.png
Recent
Recent
Top 5 Data Center Stories of the Week: March 27, 2020
Mar 27, 2020
Form Jacking: Why Your IT Shop Needs to Take It Seriously
Mar 27, 2020
Array Configuration Belongs on Disaster Recovery Planning Checklist
Mar 26, 2020
Google’s YouTube, Classroom Software Hit by Partial Outages
Mar 26, 2020
The Promise of Intelligent Cybersecurity Is Starting to Come True, Slowly
Mar 25, 2020
Featured
After Kubernetes’ Victory, Its Former Rivals Change Tack
Jan 27, 2020
Explaining Knative, the Project to Liberate Serverless from Cloud Giants
Jan 27, 2020
What Service Meshes Are, and Why Istio Leads the Pack
Oct 28, 2019
IT in 2020: A Look at the Year Ahead
Jan 10, 2020
Design>Storage

From the Moon to the Cloud

High-definition images of the moon shot by the Lunar Reconnaissance Orbiter (LRO) satellite are being backed up on the the Nirvanix Storage Delivery Network, a cloud storage solution developed by Nirvanix. 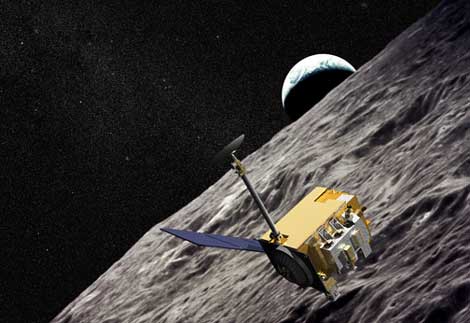 The Lunar Reconnaissance Orbiter, shown here in an illustration by a NASA artist, will take lunar images that will be backed up by the Nirvanix cloud storage platform.

High-definition images of the moon shot by the Lunar Reconnaissance Orbiter (LRO) satellite are being backed up on the the Nirvanix Storage Delivery Network, a cloud storage solution developed by Nirvanix.

The LRO, which launched last week, will spend a year orbiting the moon and collecting detailed information about the lunar environment. Images from the satellite's camera will be transmitted from the satellite to a project team at Arizona State University for processing, copied to a separate storage unit at ASU and then replicated to the Nirvanix Storage Delivery Network. ASU and NASA have already transferred multiple TBs of original Apollo mission imagery to the Nirvanix CloudNAS-based solution.

“While this project may be one small step for NASA’s program to extend human presence in the solar system, it definitely represents a giant leap in cloud storage’s ability to provide a reliable, scalable and accessible alternative to tape for long-term retention of enterprise-class data,” said Jim Zierick, President and CEO of Nirvanix.

“The tertiary copy of images from the LRO Camera stored on the Nirvanix CloudNAS is online and accessible within seconds and the project managers at ASU do not need to worry about managing offsite storage, allowing them to focus on the more important mission at hand, ” Zierick added.

Nirvanix says its CloudNAS software can turn any server on their network into a gateway to the cloud, providing access to unlimited storage via the Nirvanix Storage Delivery Network.

AI-Based Storage Helping Companies Get More Out of Their Data
Mar 11, 2020