Interxion's focus on efficiency and profit margin growth has helped it expand to its current pan-European network of 24 data centers in 11 countries, 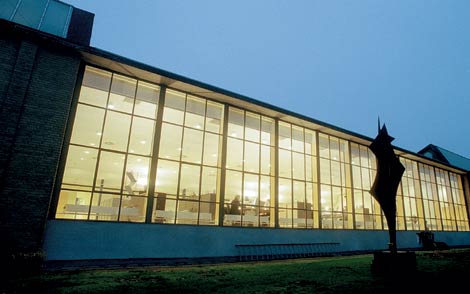 Operating in a tough economy is nothing new for the team at Interxion, the European data center provider. The company launched in 1999 and experienced rapid growth during the dot-com era, but then retooled to survive the lean years that followed. Interxion (pronounced "Inter-action") slashed staff, centralized its support operations and focused on profitability.

Anthony Foy says that turbulent transition planted the seeds for Interxion's subsequent success. "One of the things that really helped us was becoming so thin," said Foy, the Group Managing Director for Interxion. "There's a real profit motive for being as efficient as you can. We focused on service and set high prices and kept the bar high."

The company's focus on efficiency and profit margin growth and helped it expand to its current pan-European network of 24 carrier-neutral data centers in 11 countries, with several more facilities under construction. That has given Interxion the financial strength to continue building data centers during a global credit crunch.

The company continues to expand its rich network connectivity, which is a key attraction for customers.This week Interxion announced that the Amsterdam Internet Exchange (AMS-IX), the world's largest metro area exchange, will extend its exchange infrastructure into Interxion's newest Amsterdam data center (AMS5).

Foy said Interxion's growth is being driven by increased demand from enterprises, boosting its historic strength with service providers. "It's taken quite a while to get companies comfortable with data center outsourcing," said Foy. "Large organizations are beginning to understand the economic advantages."

Interxion offers colocation, wholesale data center services and managed hosting, giving customers a broad set of choices. Its competitors include Telecity and Equinix (IXEurope) on the colocation front and Digital Realty Trust, Global Switch and e-Shelter in the wholesale space.

Foy also sees opportunity in cloud computing, which was the focus of his talk at last week's  Tier1 Datacenter Transformation Summit. "It's something we are targeting," he said. "It's a global phenomenon, and now figures into a lot of the decision-making."

Whil several competitors have oeprations in both the U.S. and Europe, Interxion has no plans to expand into the U.S. market. "There's plenty of growth in Europe," said Foy.