Major Expansion for SunGard in Philadelphia

SunGard Availability Services has opened a $25 million, 120,000 square foot data center in Philadelphia, giving it more than 350,000 square feet of space in three facilities in the city. 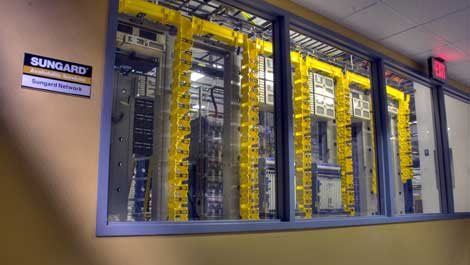 SunGard has opened a new data center at 1500 Spring Garden in Philadelphia.

"The new facility extends SunGard’s position in providing a robust, resilient infrastructure," said Arjun Moorthy, vice president of infrastructure at SunGard Availability Services. "It is a state-of-the-art data center in terms of systems redundancy, uptime and efficiency. The center also supports best practices in energy efficiency to help advance both SunGard’s and its customers’ sustainability strategies."

SunGard has invested $25 million in the new site, and has just opened the 19,000 square foot first phase. The facility will be completed in four phases, and upon completion will span an entire floor of the building.

SunGard’s managed IT services allow customers to run business systems and applications at a SunGard facility rather than build and support their own data centers. In addition to redundant power and cooling infrastructure for IT equipment, SunGard also provides office space for employee workstations in the event of a business disruption. The company has more than 4 million square feet of operations space.