Rackable: No Revenue from Containers in 2008 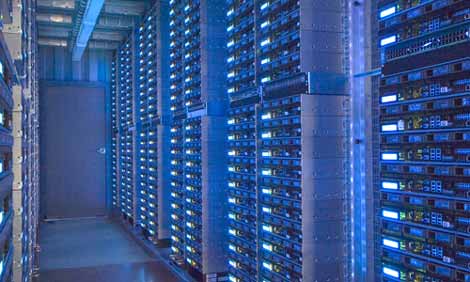 The interior of one of Rackable's ICE Cube containers.

In January 2008, executives at Rackable Systems (RACK) predicted that 2008 will be a “breakthrough year for containerized data centers” and projected that the company would deploy at least 20 of its ICE Cube portables by year-end, and perhaps as many as 50.

The reality was brutally different, as the company acknowledged yesterday. "Part of our disappointing news is that we haven't recognized any revenue for the ICE Cube in 2008," said Rackable CEO Mark Barrenechea, who cited delays in "large-scale data center construction projects."

That's clearly a reference to recent project delays by Microsoft, which has effectively halted work on its massive Chicago data center, which is positioned to become the world's first major "container farm." Microsoft had planned to use as many as 200 40-foot shipping containers pre-packed with servers.

At the time the project was announced in April, Rackable was one of three companies with publicly-announced containers, along with Sun Microsystems and Verari Systems.

The container field quickly become more crowded, as IBM and HP announced container products. Late entry Dell appears to have made the biggest impact with a double-decker container product that was quickly selected by Microsoft for use in the Chicago project.

Microsoft's use of Dell containers doesn't mean Rackable will be shut out of the Chicago project. Microsoft engineers have noted that one of the advantages of the container approach is the ability to mix and match different vendors' hardware within the same facility.

But the disappointment for Rackable extends beyond one customer. The company has been exhibiting the ICE Cube at industry events, and continued to refine and expand the container offering throughout the year. In July Rackable announced it would begin offering IBM's iDataPlex server in the ICE Cube in addition to Rackable servers. In November it announced plans for an air-cooled version of the ICE Cube, which was originally designed with liquid cooling.

Despite the struggles in 2008, Rackable says it believes in the potential for containers.

"Let me be crystal clear: we are 100 percent committed to the containerized solution," said Barrenechea. "Even though we weren’t able to put our efforts into revenue in ’08, interest remains high. We have not seen large-scale cancellations, but rather delays of construction projects. The benefits are crystal clear of the solution of reducing power and facility cost. We remain committed to the solution in ’09."