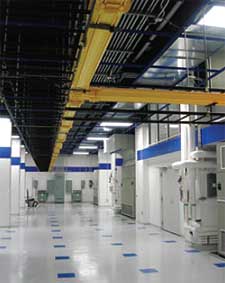 The IDCG hopes to address a major issue in the recent credit crisis: the inability to price and trade derivatives, which are financial instruments based on the price of other assets. The IDCG says one its goals is to reducde "counterparty credit risk associated with the current market dynamics." Its investors include the NASDAQ OMX Group, which operates the NASDAQ stock exchange. "Our goal here is to bring transparency to an opaque market," NASDAQ OMX Group CEO Bob Greifeld told analysts last week in describing its investment. The IDCG has applied to the Commodity Futures Trading Commission to be designated as a derivatives clearing organization.

"The demand for low-latent connectivity necessitates a flexible robust offering to the trading community," stated Gerry Lawlor, IDCG Chief Technology Officer in New York, NY. "CRG West’s offering is second-to none and we look forward to expanding that high-quality service to our own client base."

Low latency financial trading has been a major business driver for data centers in the Chicago market, the trading hub for the nation's commodity exchanges. CRG West’s Chicago data center is SAS 70-certified, a key qualifier for financial tenants.

"CRG West is honored to have been chosen to host such a ground-breaking effort in the financial world,” commented Kevin Knight, CRG West Vice President in Chicago, Illinois. “This demonstrates the dynamic offering CRG West has in Chicago, providing organizations such as IDCG with an environment perfect for financial exchanges, helping to ensure future growth and success.”