Tate has helped customers install more than 450 million square feet of its raised flooring products. But Tate says Phoenix ONE is its largest installation project ever in a single data center facility, with a raised-floor area spanning more than 460,000 square feet. Here's a look: 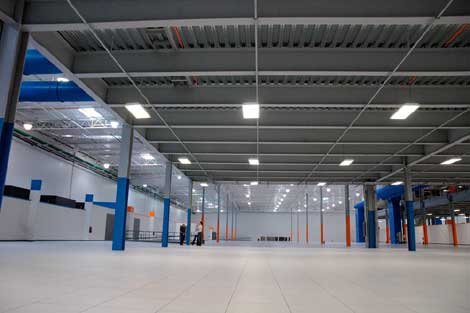 Power and cooling systems are housed in equipment galleries at the perimeter of the facility and on a raised mezzanine area, allowing vast expanses of clear raised-floor colocation space. 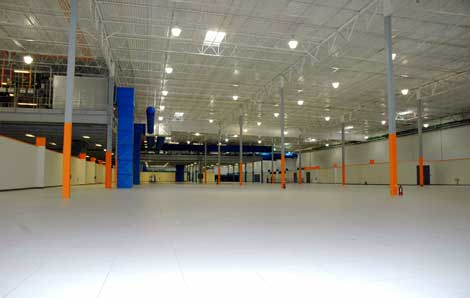 The first phase of Phoenix ONE features four separate data center pods, each with 45,000 square feet of space. The mechanical and power equipment is seen at the upper left on the second-floor mezzanine.

NEXT:
Cooling system and generators.