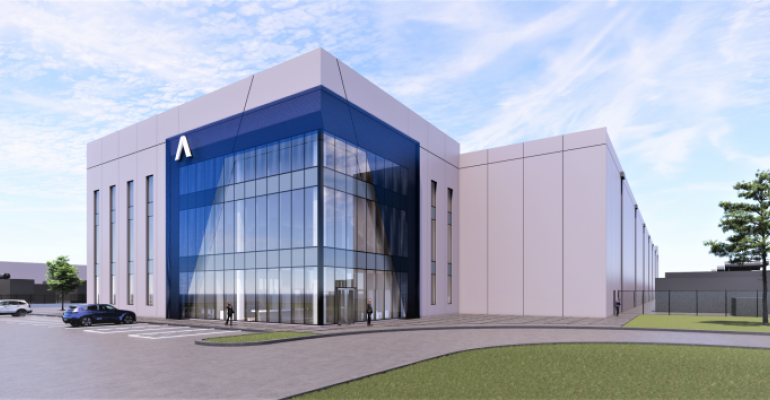 Aligned Launches One Chicago Data Center and Breaks Ground on Another

The two facilities could offer more than 110MW of power capacity once fully built out.

The new Aligned sites are located close to Chicago O’Hare Airport, and are appropriately named ORD-01 and ORD-02.

The newly-launched ORD-01 offers 48MW of power capacity and 220,000 square feet of space, with room to expand to approximately 60MW.

To cool its data centers, Aligned uses a proprietary cooling system called Delta Cube, or Delta3, developed by its subsidiary Inertech. The design is an air-cooled adiabatic system comprised of modular components, deployed on slab floors and promising the ability to support racks with power density of up to 50kW.

In 2020, Aligned raised $1 billion in “sustainability-linked” debt to finance the company’s growth. That meant the company’s interest on the borrowed money would vary based on its performance against certain sustainability commitments, including renewable energy and data center worker safety goals. If it delivered on the commitments, it got a discount on the interest rate; if it didn’t, the rate would go up.

Since then, Aligned has started construction in multiple locations around the United States, and increased the original amount of funding to $1.25 billion.