Storage devices today trace their history to technology that was started in the 1950s and even before. To accompany the DCK Industry Perspectives column, Tape Backup: An Ironic 60th Anniversary For Tape, we present our gallery of storage technology, old and new.

IBM produced the IBM 726 magnetic tape reader and recorder, which was the world’s first tape drive. Launched in 1952, it was capable of reading and writing at 12,500 digits per second, with each tape able to store 2 million digits. Some of the tapes were 1,200 feet long. The IBM 726 used vacuum columns, which provided a buffer and made it possible to start and stop at high speeds without damaging the media. It was a major breakthrough, speeding up the process of recording data by 50 times, compared to punch cards. The 726 could handle two reels of tape simultaneously, and there were two 726 units in the 701 system. It rented for $850 a month. 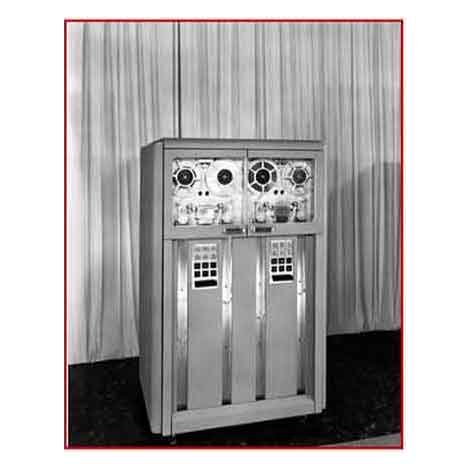 IBM 726 magnetic tape reader and recorder, the first tape drive in the world, had quite a footprint. 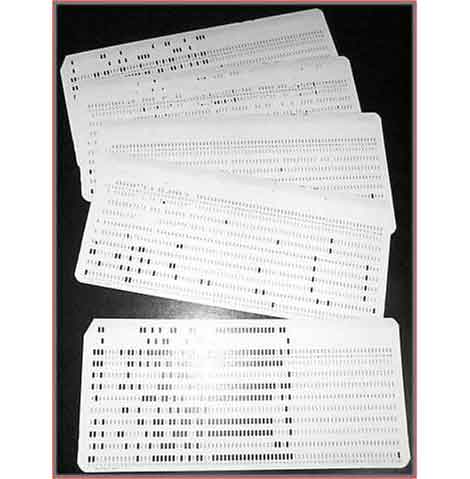 Punch cards were used widely in textiles looms in the 19th century and were used in the 20th century by computer programmers. 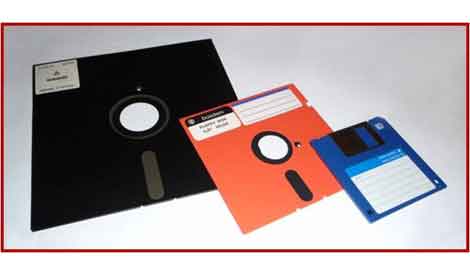 Floppy disks were variants on tapes, using a flat piece of magnetic material to store data. 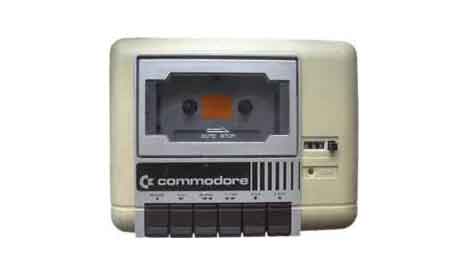 Commodore produced these tape decks, called datasette, a combination of "data" and "cassette." They were used for data storage. 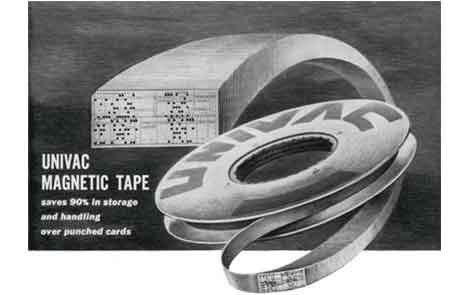 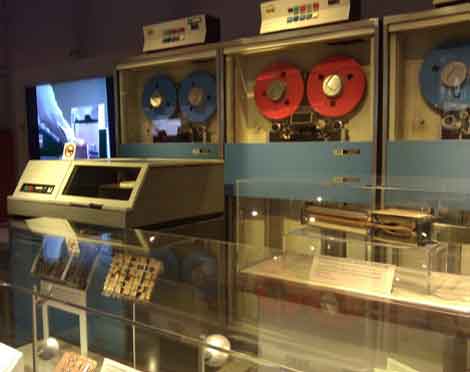 IBM Tape Decks on view at the Computer History Museum. 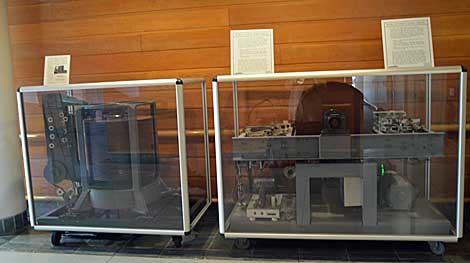 IBM's RAMAC (Random Access Method of Accounting and Control)  was the first magnetic disk drive and could store the equivalent of 62,500 punch cards. These pioneering devices are on display at the  IBM Almaden Research Center in San Jose, California. (Photo: Colleen Miller) 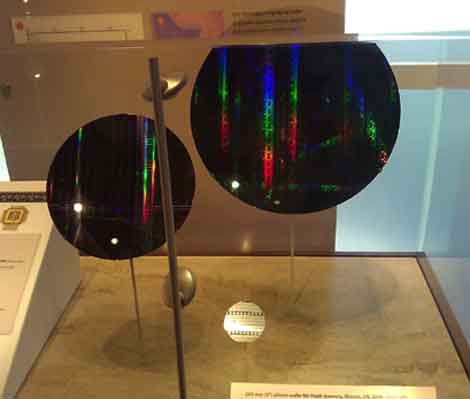 Flash memory by Micron, 2009 on display at the Computer History Museum.

If you live or visit the Silicon Valley area, it's worth a trip to the Computer History Museum. They have fascinating exhibits of ground-breaking technologies.