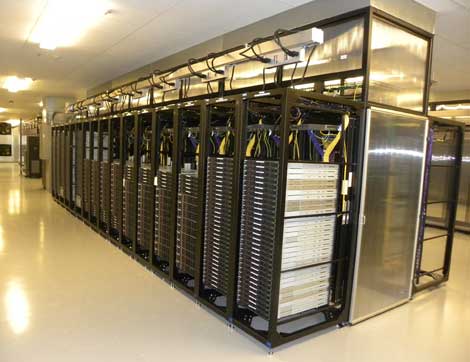 It's been a year in which new data centers got bigger and more efficient - unless they were getting smaller and built in factories. For the data center industry, 2010 was a watershed year in which innovation emerged on several fronts, as new approaches to data center design and operations made the jump from concept to reality. It was a big leap forward for a sector in which change usually happens slowly.

“2010 was a banner year, and the pace of technical innovation in high-scale facilities continues to accelerate," said James Hamilton, Distinguished Engineer at Amazon Web Services. "It’s an exciting time to be part of our industry. "

What were the hot trends in the data center in 2010? We asked Hamilton and a number of other data center thought leaders to share their impressions. Here's what they've identified as the key data center trends for 2010.

Four years ago, soaring power bills forced data centers to confront the need for "greener" facilities. At the time, the industry lacked a common metric to help managers track energy efficiency and serve as a benchmark for improvement projects.

The Power Usage Effectiveness (PUE) metric championed by The Green Grid has emerged as a key tool in designing more efficient data center buildings and systems. While still prone to debates over measurement points and marketing mischief, the wide adoption of PUE has given the industry a common language for progress,  if not perfection.

“PUE has become mainstream," said Christian Belady, Director of Hardware Architecture at Microsoft's eXtreme Computing Group. "This is really the first year that I did not see a single conference where the question was whether PUE was a good or a bad efficiency metric. In fact, PUE has become truly global and we as an industry are all on the same page when it comes to data center efficiency. That to me is a great accomplishment.”

“The most significant trend has been a constant focus on improving efficiency of the data center and improving PUE," said KC Mares, President of Megawatt Consulting, who has helped build data centers for Yahoo and Google. "PUE has become fantastically successful. In order to improve PUE, data center operators have been exploring new methods of achieving availability."

“The most notable big change in the data center world has been the dramatic improvement in PUE, driven by mechanical system innovation," said Hamilton, who said these improvements involved "ideas that predated 2010 and all had implementations prior to 2010. But it’s this year that we saw the ideas start to come together and get broader use.”

Next: Pushing Boundaries in the Data Center